Mass Surveillance Technology: More a Risk than a Safety Measure 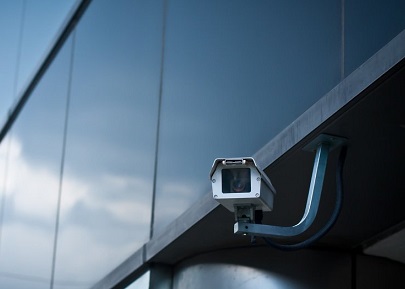 Technology advances have not been exempted of concern, not since ancient times. Every time humanity discovers a new way to jump to the future, there has been concern of what would happen if the discovery ends up in the wrong hands. The problem is that everyday the impact of the advances is greater, and global.  As technology advances, privacy and life as we know it fades.

International private investigation firms have been alerting about the serious concerns that mass surveillance empowered by facial recognition systems represent. Facial recognition technology is allowing the gathering of a massive amount of personal data with a precision never seen before.   Big Brother is now out of control, and it is essentially impossible to avoid it.

Recently, a Dutch internet expert discovered that a Chinese surveillance company is tracking the movements of more than 2.5 million people in far-western Xinjiang, a region in which the Beijing government has imposed a strict surveillance system.  The database found included names, addresses and dates of birth, but it went a lot further than that. It also contained identity documents with its corresponding expiration date, employment information, and millions of location data points (markers) tagged with descriptions such as mosque, hotel, police station, etc. The database registered every time one of the controlled individuals went through a marker, accumulating in real time the movements of people included in it.  Electric cars produced in China are also tracked by a black box.  There is no more freedom or privacy in China, only an illusion of it created by government propaganda.

Data protection and privacy should be a government priority, yet some are doing the exact opposite. The revelation of a government (any) having this kind of power is quite shocking. But it is even more concerning that a database of this type can be left unprotected, not even with a password. The data leak showed that this particular set of data gathered in China was fully open; it could be fully administrated by anyone without authentication. What could a criminal organization be able to do with this data? What could a totalitarian government do?  What do corporations do with it all?

Investigators in China say that for the past years, mass surveillance has been justified by the need of control over terrorists. Safety is the excuse to vanish any privacy left. However, terrorist attacks continue to happen and the world does not seem more secure, especially not in the countries that have adopted facial recognition and mass surveillance as their strategy to fight terrorism.

Real time facial recognition technology is growing worldwide and raising concerns amongst civil rights groups everywhere. The potential for abuse through this kind of technology is terrifying. History has been clear about what one crooked person with power can do. What could have happened if they had access to these tools! Entire populations will eventually be at risk from technology.

Facial recognition-powered government surveillance is an extraordinary invasion of the privacy of all citizens and an ideal tool for oppressors. It poses a sever threat in the hands of the wrong people, and procedure safeguards are not enough to keep it under proper control.

Citizens need to continue defending their right to privacy, and to continue exercising this right through what is in their hands. Voluntarily sharing personal data through social media is only helping achieve the mass surveillance goals.  Vote for government officials who demand for privacy and who will at least attempt to curtail the power of corporations and entities that collect your data.