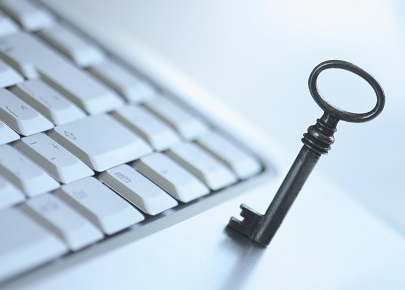 As an international private investigation firm, Wymoo International has been able to witness many of the deficiencies that governments and authorities have, both in the way they collect and store the information on their citizens as in the way they handle and protect this data.   Make no mistake, the government is not efficient and not always operating in your best interest.

Many developing countries have extremely poor and outdated databases for their public records, and they use old systems that have countless security flaws.  This situation is particularly dangerous because hackers all around the world are looking for easy prey and weak systems to steal massive amounts of personal information and then put it for sale in the black market. Protecting the privacy of their citizens should be a priority for any government, and yet many still do not know how to handle it. This is a situation that can no longer be acceptable anywhere, especially not in a developed country like the U.S. But there are other concerns with data protection and privacy that international investigators find important to discuss.  These days, the more information about you and your family that is public, or accessible to the government and third parties ,the more at risk you are.

For the past two decades, governments have been more vigilant of the digital world. Since the 2001 terrorist attacks in the United States, many countries strengthened their anti-terrorism legislation and expanded the powers of law enforcement and intelligence agencies to prevent terrorist attacks. The U.S. was the leading country in this matter.   With this effort, privacy was lost.

Following the attacks, the U.S. made a large restructuration, which included creating the Department of Homeland Security, passing the USA PATRIOT Act, and giving broad powers to the National Security Agency (NSA). The main goal of the so-called PATRIOT Act was to help detect terrorism and other crimes, and the NSA was to be the number one authority in the efforts to effectively combat future acts of terrorism. The NSA commenced a massive surveillance of telecommunications, allowing the government to eavesdrop on every possible communication citizens and people overseas without a warrant. Massive surveillance became a trend in every country that could afford it.

But things have gotten worse since then. Law abiding citizens in the U.S. have lost their right to a private life and similar things are happening in other countries. Wiretapping phone calls and all internet communications without a warrant continues to be a serious privacy concern.  But there are new things being implemented every day to expand massive surveillance. For instance, Wide Area Image Motion (WAMI) cameras collect pattern-of-life data by recording motion images of an area larger than a city, enabling mass automated geo-location tracking of every vehicle and pedestrian within its range. The Department of Homeland Security is funding networks of surveillance cameras in cities and towns as part of its efforts to combat terrorism. And if all mentioned was not enough, the federal government has also been employing surveillance drones on U.S. soil. Drones can be modified to carry high-resolution video cameras, infrared sensors, license plate readers, listening devices, and be disguised as sea gulls or other birds to mask themselves.  Orwell’s 1984 novel apparently is coming true.

All the above brings us to the conclusion that the balance between security and privacy has long been lost. Fighting terrorism has been a priority, but yet all these efforts have not been enough to stop terrorists. With all the massive surveillance machinery on, terrorists have been able to enter the country and to plan and execute terrorist attacks like the most recent in San Bernardino, California.

Whistleblowers like Edward Snowden have proven that it’s not that well-kept. Hackers have stolen sensitive information on 21.5 million people in a breach of the federal government’s background-check database. The hacked files contain a range of information, including social security numbers and information related to job interviews and assignments. Hackers have also been able to steal information from the IRS, the White House data networks, and the Defense Department. The cyber-attacks to the U.S. government in 2015 have been the biggest in all history.  Sharing your information with Obamacare?  Rest assured the information is not entirely safe.

Governments are having a hard time with data protection, and there is yet a lot to be done to ensure privacy while protecting nations from terrorists. The correct handling of information is one of the biggest issues today, and it should be taken seriously.  Expert private investigators say it’s a wise move to share as little information as possible with organizations, companies and government.  Keep your online footprint small and fight for your privacy and safety.