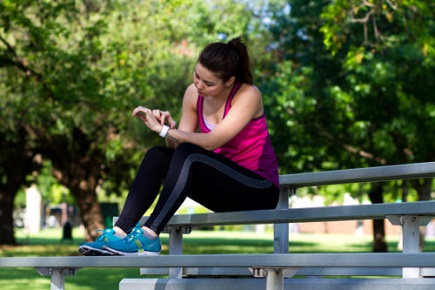 Most of us would not like to have someone or some organization around monitoring what we do on a daily basis inside and outside of our homes.  Big Brother is best avoided.  It would be odd and disrespectful to have someone following you all day long (even in your most private moments), taking notes of everything you do and then trying to sell those notes to the highest bidder. But, that is exactly what happens with wearable devices such as Fitbit.

The privacy concern over fitness tracking devices is not new. Privacy advocates and public figures have been warning about the risks for years, and calling for federal protections to guard consumers from the privacy nightmare that could be created by Fitbit and other wearable fitness trackers.   These are essentially surveillance devices, not much different from a court ordered bracelet, but where the user actually agrees to be tracked and monitored.  However, the fitness trackers get a free pass from federal regulation and privacy protection.

Many users of fitness tracking devices that connect to the internet do not care or know the danger of their information being collected and used by third parties. This happens because they either: are not aware that this is going on, do not feel the risk of being watched because it’s “just a device”, or simply have no idea of the extent of sharing this information. International private investigators have been trying to inform people about the risks of sharing private information online and providing tips to block tracking and avoid the risks.

“You wouldn’t want, for example, your health or life insurance company to increase the price of a policy because you are not working out enough, or because you work out in a street with high statistics of pedestrian and cycling accidents,” says International Surveillance Director Thomas Crowley, from Wymoo International. Nobody wants a service denied because the provider knows something about your health that you don’t. People don’t want to share their location with criminals and the government. Can you imagine how valuable your health information and location would be to an organ trafficking mafia?  Fitbit can enable a criminal to learn your daily routine, and know when you’re home and when you’re not.  Does this sound smart? But, a lot of people agree to share this information when they wear a fitness tracking device.

It is hard to think that the information collected by a fitness tracking device could hurt anyone, but the truth is it can. Recently, some of the world’s most secret and sensitive military bases in the world were revealed in a publicly available map, published by the GPS tracking company Strava. This map intended to show activity around the world. In war zones in countries such as Iraq and Syria the map is dark, except for potentially sensitive, possibly because American soldiers and other personnel are using fitness trackers as they move around. Who would have thought that a fitness tracker could provide enough information to get hundreds of soldiers killed?  If Fitbit can reveal the activity, routine and location of our military soldiers in a private military basis, then criminals and others can certainly learn about you.

Fitbit and other companies argue that they have privacy policies and that people can choose their own privacy settings. But how can users be sure that their choices are being respected, that their information is being kept safe? There is no guarantee. A few years ago, some owners of Fitbit exercise sensors noticed that their sexual activity details were being publicly shared by default, such as duration and the effort involved. Fitbit did eventually close the loophole in their data to prevent further sexual leakage, but there are many other holes to exploit.

Is there a trustworthy solution? The safest way to go is to avoid wearing a device that can store and use your location and health data. Old school devices that measure heart rate but do not upload the data to the cloud can be an option if you really care about your privacy and safety.  Better yet, focus on your physical activity, whether it be soccer, tennis, running, swimming, basketball or surfing, and try to forget about how many steps you took!