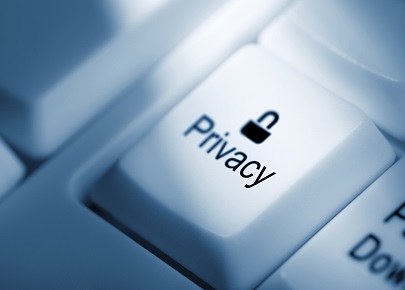 Remember when having cameras on every corner spying on people was only science fiction? Thought the classic book 1984 was too farfetched?  Remember when Google was just a search engine and not a tool for surveillance and propaganda to control the masses?  Those were good times!  Now mass surveillance is real and it isn’t entertaining or fun anymore. In the past few years, American citizens have been gradually experiencing the loss of their privacy, sometimes in the name of safety, sometimes in the name of business. The fact is that every day we are getting more and more used to third parties snooping around our private life and we are doing less about it.

Expert international investigators from our Wymoo team have been warning and educating people for a long time about how important it is to protect privacy.  We see victims of serious crimes, everything from fraud, scams, kidnapping to homicide, that all result from a criminal using your information.  The simple fact is, if so much about you wasn’t on the internet or public records, you and your family would be much safer?  But then again, that wouldn’t be in the interest of corporations like Google and Facebook or the government.  There just isn’t any money or power in letting the people be free and live private lives.  So?  Unless people learn and stand up, things will only get worse.

There is more awareness about this issue since Edward Snowden revealed some of the NSA techniques and procedures. But a lot of that awareness is focused on the way governments are violating our civil rights. But what about the business side? What about advertisement and the companies that collect, store and control gigantic amounts of information for the sake of advertising?  Do you use Gmail or Google?  Google reads your emails and records your every move, every search, and stores that information forever.  It will also share that data or use that information against you if needed.  The more you post on Facebook, the more money Facebook makes by selling your information.

Advertising is one of the industries that has been able to evolve fast along with technology. Being able to communicate a message to masses through television and the early internet days was a milestone. But advertising every day becomes less of a mass communication act and more of a very specifically targeted strategy.   Recently, the New York Times reported about a company with tens of thousands of billboards across the United States that not only function as any regular billboard does (as a display of an ad) but that can also “see” and recognize the people who pass by. This kind of billboard has an integrated device that tracks people’s travel patterns and behaviors through their mobile phones. With the participation of other companies like AT&T, the billboard company can provide the advertisers with very detailed information, including whether people subsequently visit a store or not.

Every step of our internet usage is being tracked by the big internet companies. Privacy advocates around the world have been fighting over controlling what information should these companies store and for how long. There is a lot of information out there to inform people about ways to protect your privacy when using any online service or platform.  The internet of things is clearly being applied already to track consumers’ behavior, and when doing that our privacy is being violated. Every day our lives are more and more linked to the use of the internet. As the billboard company proves, even those who are not big fans of apps or social media are unwillingly being subject to mass surveillance.

The worst part is that the line between privacy, security and business is every day blurrier. Finding a solution at this point is not easy for anyone; not for individuals and privacy advocates who are trying to stay away of mass surveillance, not even for the government who is trying to gain back the power of information that the big advertising companies have in their hands now.

The eyes of the world are currently all over the Apple fight against the U.S. government, mainly because this will set a precedent over privacy protection around the world. Although Apple is not innocent (they do store a lot of information and use it for advertising too), the risks of Apple making the key to unencrypt any iPhone and handing it over to the government are worse than the benefits in our overall security. Unless people fight back, privacy will unfortunately continue to be the loser.