Apple vs Big Brother: A Battle Over Encryption 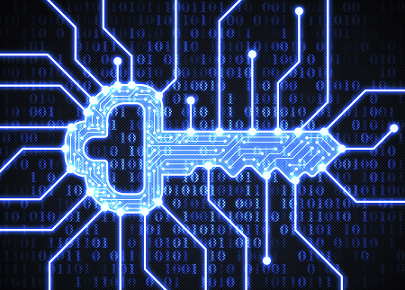 The fierce battle that Apple and the FBI are having over unlocking phones for investigation purposes is making an echo everywhere. International private investigators say that the relevance of the dispute goes a lot further than a big fight between a massive company and an authority. It is essentially an argue about principles and what people consider fair and right to do, and also about its implications to future regulations.  Government’s reach into the private data of citizens has gone too far.

The discussion over whether Apple should unlock phones or not to help the FBI (or any other government agency) gather information for their investigations started a while ago. According to the New York Times, during the first six months of 2015 Apple received nearly 11,000 requests from government agencies worldwide for information on roughly 60,000 devices. Such an interest of government agencies to obtain personal information out of a phone makes many people uneasy, especially those who care about privacy.

Currently, the focus of the issue sits on two specific cases of iPhones that the Justice Department is demanding Apple to unlock (although these are not the only ones). The first one is the San Bernardino terrorist attacker and the other one is a drug-trafficking case in Brooklyn where the owner of the phone already pleaded guilty to conspiracy.

Clearly the FBI is using one of the most notorious cases of terrorism in the last decade on its favor to justify why is it so important to them to have a key to iPhones’ encryption. But it is inevitable to think why now? Why would it be so relevant to fight over unlocking a phone when the damage is done? Or when the criminal has been sentenced already?

The answer to the above question is simple. The government has not had enough with the NSA, the PATRIOT Act and the drones to control American citizens. One thing is out of their control right now, and that is the ability of private companies to protect their users’ personal information and to deny ways for the government to have access to it. What the Justice Department is asking Apple to hand to them is not information, it is software that can undo the encryption, or in other words, the key to access information on any phone they want, whenever they want. And because iPhones won’t accept firmware updates that aren’t signed by the company, Apple would also have to use its digital key to sign the software that would leave millions of people vulnerable, which are their clients!

How safe is giving governments this key? Not safe at all. Not only have governments proven to be careless about how they handle sensitive information, this can also be used to favor political goals, it could be used as a means of repression and it can easily end up in the hands of criminals. Imagine what organized crime could do with a key that gives them access to any iPhone.

Of course not all in this discussion is black and white. Apple is most likely not defending privacy as much as they are defending their own business. If Apple is forced to hand the encryption key software, there will be an immediate -and probably very harmful- impact to the sales and reputation of the company. After all, Apple has put a great amount of technology and knowledge in making iPhones crack-proof. In a world where privacy is a luxury, Apple has pleased their customers.

How can this affect regular people?

Most of the arguments against privacy and “pro-security” are based on the false statement that those who have nothing to hide should not be worried. But that is not true. We all have things we want to “hide”, not because they are bad, but because we do not want anyone to use them against us. Criminals gather personal information all the time and use it to extort or to commit other crimes. What could happen here is that individuals’ devices, with no connection to any investigation, will become less secure because companies will have established back doors that will fall into the wrong hands.

In this particular case, another danger is that the Justice Department’s demands will pave the way to governments forcing any company to reduce their security levels in order to have access to the information they hold. And this applies today to smart phones and computers, but it will someday apply to the security of cars, medical devices, homes, and everything else that will soon be computerized.

The Apple vs FBI battle should concern all of us if we want to remain in a country of freedom. And while the court decides who is right, we should all learn well how to protect our privacy.