Patriots Take Aim at Drones and Loss of Privacy in the U.S. 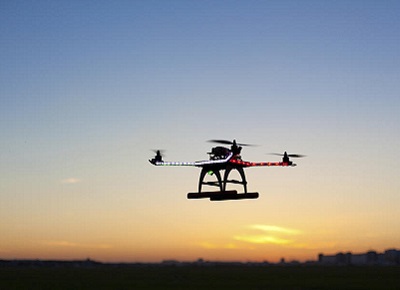 The United States had a shift in its perception of safety since the events of September 11, 2001. According to expert international private investigators, the nation that had traditionally been known for its freedom turned into an over controlled country, where everyone, including regular civilians with no criminal histories, is under surveillance by the authorities.

The transformation of the country was then justified by the need of the government to protect people against terrorist acts or anyone that was looking to harm the country. The 9/11 attacks left a deep wound in America back then, and the country feared that similar attacks would turn into a way of life confronting the American society. The country was facing numerous threats and it was more than ever crucial to find ways to protect people from such threats. But the measures taken thirteen years ago have actually evolved into an intolerable intrusion of Americans’ private lives.  Whether or not increased government and loss of privacy has actually prevented any terrorist attacks is highly questionable.

The USA Patriot Act was created in the wake of the terrorist attack under the precept of –and so it stands for- Uniting and Strengthening America by Providing Appropriate Tools Required to Intercept and Obstruct Terrorism. But in all these years the meaning and purpose of the Patriot Act has been distorted, turning it into a very powerful tool to control people, to take advantage of them and to increase authorities’ power.

Privacy advocates and ordinary U.S. citizens see the PATRIOT act as a power play by the government – a profitable measure to control, monitor and manipulate the masses.  Making matters worse, most law enforcement agencies are now equipped with surveillance drones.

According to the Department of Justice, this law only enables investigators to use the tools that were already available to investigate organized crime and drug trafficking, but apparently someone forgot to add until what extent will these tools be used.  But the Patriot Act and its implications were just the beginning. In the United States, the FBI admitted in 2013 the use of drones for the purpose of observing the country’s own citizens and their whereabouts. According to the FBI´s director the usage of this technology for surveillance was rare and seldom, but there´s no way to know in real life how much it´s being actually used.  In some states like Colorado, Wyoming, Montana and Kentucky, where land ownership, the Constitution and privacy are taken seriously, citizens haven taken to shooting down drones that trespass on their property.  Close encounters with commercial aircraft is also being reported but overlooked by the FAA, and many pilots fear a crash is likely.

During the last couple of years, many have questioned the increasing power of the National Surveillance Agency. President Obama has not only supported the excessive powers granted to this organization, but he also signed in 2011 a four-year extension of three key provisions in the act: roving wiretaps, searches of business records, and conducting surveillance of individuals suspected of terrorist-related activities not linked to terrorist groups. The greatest question since then has been that it isn´t clear who decides -or under which arguments- that an individual should be considered a suspect, and therefore subject to drone surveillance or any other type of spying.  Unfortunately, under the Obama administration, U.S. citizens (and millions of illegals living in the U.S.) have lost their privacy and basic freedoms thought to be guaranteed by the Constitution.

The evidence has shown that basically every American is a suspect, a situation that has raised many privacy concerns. People all around the country now fear the authorities just as much they fear any organized crime group, and they are not to blame.

Keeping the government out of your business is no longer an easy task.  Corrupt government officials keep making the government larger, keep spending more and driving the country further into debt, and keep grabbing power at the expense of citizens’ privacy and freedom.

Nobody imagined back before 2001 that drones would be used to spy on citizens’ private lives, or that there would be an agency supported by the government to do so. But this is the reality that Americans inhabit currently. A very thin line has been crossed. All the measures meant to guard a country’s own citizens from similar treatment by their government are now the greatest fear of Americans. But the worst of all is that it doesn´t seem to be a clear solution to this problem in the horizon.  Instead of curbing drone use, governments are supporting it.

The benefits of using drones, and spying on average people that are just trying to go about their everyday life, haven´t been quite clear. The loss of privacy has put in the table ethical issues, and it has in fact proven that these systems could actually make people more vulnerable to cyber-attacks and other types of crime. Drones are capable of collecting information that criminal organizations or corrupt members of American law enforcement may use the data and technology for their own purposes.   Did you know your internet searches are not private and are likely being monitored by law enforcement?  Far fetched?  Read what happened to this family when they searched pressure cookers on Google.

Security at the cost of privacy could be a necessary trade-off, but just how far should American citizens be willing to tolerate their privacy rights being violated by their own government?  How and when will all the expanding government and out of control government spending end?  At what point does a government become so powerful that democracy is lost? How can a police state be reversed?

Given the fact that the U.S. congress now has to face a difficult decision before June 2015, when the Patriot Act provisions expire, some argue that the best shot to curb the NSA’s powers will be to kill core provisions of the USA Patriot Act altogether. It is just a matter of time to know the resolution of this issue, but in the meantime the only reasonable thing that people can do is to find ways to protect themselves against government surveillance and the loss of privacy rights.  If you see a drone  on your property, consider your Second Amendment rights!

Recent Posts
SEARCH THE ARCHIVES
Back to Blog Home
Wymoo Blog
4 Reponses on “Patriots Take Aim at Drones and Loss of Privacy in the U.S.”