Civil Forfeiture: How American Law Enforcement Can Steal Your Money 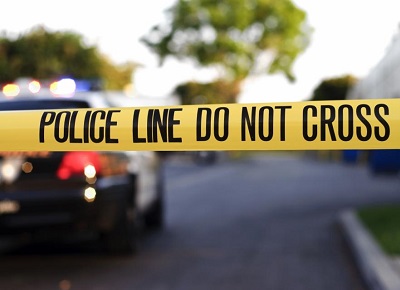 For Americans, as well as for anyone else who lives in a developed and stable democracy, law enforcement has always been the guarantee that society can carry on in peace, with law and order.  It is something that is essential in modern society, and when functions properly, allows law abiding citizens to remain free, supported by their local officials and public representatives who are paid by taxpayers.  Freedom has remained intact for many years in America, with a transparent and efficient system of law enforcement for the most part.  However, there are troubling signs that this long trusted system “to serve and protect” has or is quickly coming to an end.

If the NSA surveillance, and the use of tanks and military vehicles to raid homes and assault citizens doesn’t scare you, maybe civil forfeiture will.

In a perfect world, police officers, judges, district attorneys and other government employees are representatives of the people, and are paid by the people.  Serving their country is the mechanism we have chosen to keep things in order and to advocate for justice. But, the lines between good and bad in the United States have become blurred.  Many observers and civil rights attorneys argue that in many ways the U.S. is now just as corrupt as countries such as Mexico.  Liberty has been lost.  Rights and privacy are nearly gone.  The Constitution?  Many private citizens and corporations now even rely on professional private investigation firms to investigate cases of fraud or criminal activity, because law enforcement in many jurisdictions are understaffed or simply don’t investigate some cases they don’t view as a priority or public safety issue.

In recent months, several articles and journalistic investigations have addressed a scary practice that is becoming popular among police: it is called civil forfeiture. Civil asset forfeiture is the practice of confiscating someone´s assets, cash or belongings without charging you with a crime, let alone finding you guilty in a court of law.  On the mere suspicion that cash, cars, a house, anything of value will be used to commit a crime, can be taken by police without a warrant, without court order or legal explanation.  And believe it or not, the practice is legal according to current law, and many police departments use this unbelievable law to their advantage, to help boost their salary, buy new luxury items for the department, you name it.  No, this is not a story about Nazi Germany, this is the United States of America 2014 (not George Orwell’s 1984).

There is no clear limit nor are there  any specifics as to what can be object to confiscation, or what is considered suspicious behavior that leads to a cop taking your property. Unlike criminal forfeiture, which requires that a person be convicted of a crime before his or her property is confiscated, civil forfeiture entitles law enforcement to simply confiscate (steal) your property for any reason.  It means that police can take your money or property if they suspect it’s involved in a crime.   Traveling with a few thousand in cash and get pulled over for a speeding ticket?  Hide your money!  A police officer can take it from you and say he suspected you were going to use it to buy drugs or prostitutes, or build a bomb!

Walking down the street with a few hundred dollars in your pocket, and questioned by a police officer?  Call your attorney.  In the U.S.A., a police officer can justify taking your money for any reason in his imagination.  For many people, fighting the legal battle to get their money or property back is more expensive than their loss, and this is precisely what law enforcement is counting on.  Most victims cannot afford to go to a lengthy legal battle against the government.  It is a essentially a nightmare situation with no current help from elected officials.

In most cases the police department gets to keep the cash, explaining why the practice has become so popular among police.   There is clearly a motivation for officers to engage in this practice. It is a war that private citizens have lost from the beginning, and it provides funds for the police to purchase luxuries that couldn’t be paid for otherwise.  Got a margarita craving? Call the Montgomery County´s DA office!

And as if the above were not ridiculous enough and a blatant violation of rights and privacy, the fact that that the object –money, cars, phones, etc- is on trial and not people is absurd.  Anyone who is a victim of civil forfeiture and a law abiding citizen is strongly encouraged to contact their local and national media, write their congressman, senator and governor for assistance, and contact an attorney to proceed with litigation against the police department and police officer in question.  Stand up for your rights, and fight to stop this corrupt practice!

Private investigators say  the general decline in privacy and rights in the United States is a serious situation and major cause for concern.  If the trend continues, Americans will find they have less freedoms and rights as citizens in developing countries, if we’re not there already.  Authorities confiscating private property for no reason –or for such subjective reasons- is equivalent to losing the freedom that the American Constitution gaurantees to its citizens. There is no difference between civil forfeiture and the Venezuelan government closing businesses or seizing private properties because it is considered against the common good.   This is no different from driving in Mexico and getting pulled over by a Federali and being asked and forced to give him money.  Yes, civil forfeiture is authorized theft by the government by a government employee with a gun, and in some cases, even military gear and equipment.  It is taking possession of private property because a third party considers it´s the best for all.   This logic may make sense is Communist China, but hopefully there is still a chance for freedom to survive in America.  It is worth fighting for.

There are real threats that we live with every day from real criminals.  Once those lines are completely blurred, and no police or anyone from the government can be trusted, we will have witnessed the complete collapse of the nation.  Americans have to worry about the NSA, protecting their private data from hacking attacks that hit major websites and countless other threats that didn’t exist 10 years ago. If we can’t trust police, who can we trust?  Today, citizens have to be wary of authorities nearly as much as traditional criminals.