Healthcare.gov, JPMorgan and More: Your Data at Risk 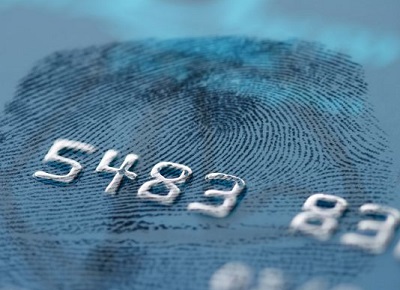 The recent hacking incident targeting JPMorgan is just the latest in a wave of hacking attacks believed to have originated in Russia. No data is safe these days. Even the Obamacare website has been ruled a complete security risk for users, putting millions of Americans at risk. In the government’s plan to redistribute wealth and tax those who work and refuse to comply with the “Affordable Care Act” Americans are forced to pay, one way or another. The fact is, entering your data with private companies, even very reputable ones, is a risk.  JPMorgan was hit by hackers, and the criminals got away with data on 76 million households! And in addition to the hacking risk, it’s safe to assume that when entering data on government websites, the information can and will be used against you.  Entering your data anywhere puts you at risk.

Maybe you shop online at many different websites and companies, and you like to share a lot about yourself on social media.  Or, let’s say you’re smart and cautious, and only use your credit card in stores, such as in the checkout like at Target.   Target was also hit recently, where 40 million customers had their credit card information stolen, and 70 million in total had some kind of information stolen, including email address, physical address and more.  Home Depot was next, and who knows what other company will be next in the coming weeks and months.  If you like to put everything on your credit card, and like to have multiple bank accounts and credit cards and accounts, now is the time to reconsider.

The security flaws of Healthcare.gov have been widely criticized by experts and people from the media, and even though many of these flaws have been pointed out it seems like the website is not getting any better, nor any important actions on the matter have been taken.

In January of 2014, after more than three months of the site being launched, security experts were alerting about vulnerabilities that could end in identity theft and other types of fraud. According to the information disclosed in the media in January, the website failed to meet even basic security practices for protecting sensitive information of individuals and did not provide adequate levels of protection for the website itself. When the Obama administration launched Healthcare.gov, people were led to believe that the website was safe, however, that is not the case.

A cyber security expert has claimed that he was able to gain access to 70,000 personal records of Obamacare enrollees in just four minutes!  And, we’re not just talking about your credit information.  The trusted and transparent government has it all on you, from your social security number, your medical records, credit cards, household income, medications, and even your internet search history!

During an interview, he explained that in order to achieve this he applied a technique called passive reconnaissance, which allows people to query and look at how the website operates and performs without attacking the website itself, therefore it is not even considered a hack. The purpose was to check the safety of the website by trying to extract information without going into the system. The results were difficult to believe.  It’s no wonder Edward Snowden and others are able to access government records, when the government doesn’t know how to protect it’s data.  It is excellent at surveillance, violating your privacy, and collecting your data so it can better control the public.  Data protection is  a different story.

A recent event that was announced makes things even worse and proves that not even basic security practices were taken on the construction if the website. The media alerted that Healtchare.gov had been hacked. According to the news, the hacker broke into a test server, which in practical terms means that no real or important enrollee information was compromised. But even though the people responsible for the security of the site have argued that there is nothing to worry about regarding this incident, it is concerning how carelessly they handle security, especially when it was widely spread that the reasons that led to the hacking of the test server included basic mistakes like not changing the manufacturer password!

The Obama administration has failed to address the public’s concern about major companies getting hacked on a weekly basis.  The truth is, they are probably still trying to figure out how to protect their own data from citizens, and Russia and China.

International private investigators work with many clients who have been a victim of fraud or scam or identity theft, in part, because their data was no safe and secure.  There is no reason for consumers to believe that any website is entirely safe and secure.

In the case of the government, the socialist government website was designed again to collect data, not protect it.  Investigators advise against using the website if at all possible.  Learn how to protect your privacy to stay safe and keep your entire family safe!

In the case of Healtcare.gov, it was launched without being properly tested after the government spent millions of taxpayer dollars to create what is essentially a mechanism to violate your privacy and increase taxation on the working citizens of the country.

For private companies, budgets and IT talent depend on how good the systems can be, but hackers in Russia, China and Romania and other countries are getting very good at accessing information, and chances are, even when security is improved, hackers will again find a way to access.  That is why investigators always recommend to share less, pay in cash, get a P.O. Box, and even provide false information.

Cybersecurity professionals have been warning that may sites and companies are ripe targets for hackers eager to gain access to personal data that could be sold on the black market. A week before federal officials discovered the breach at HealthCare.gov, a hospital operator in Tennessee said that Chinese hackers had stolen personal data for 4.5 million patients.  So far, there’s no solution in sight.