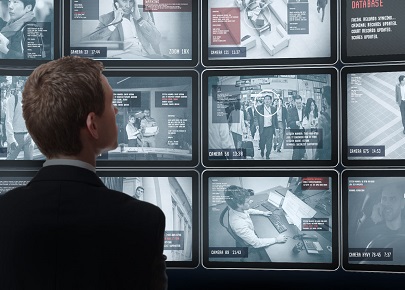 A few years ago mass surveillance was regarded as science fiction, something that happened only in the movies. Today, mass surveillance practices are becoming more popular within government authorities around the world, and regular citizens are not really having the chance to decide whether or not they like it.   It is quickly becoming a Brave New World and so far nothing can stop it.

Countries like China have widespread mass surveillance systems in place already. International private investigators say that the real outreach of these systems is yet to be discovered, as there is not much information regarding what is the extent of the technology and the uses that the governments give to this technology. Most of what we know about mass surveillance programs in the world is due to a system failure, not to government transparency: a hack or a data leak caused by a problem with the system itself.   The more governments and corporations monitor and track citizens, the less liberty people have, and with a decrease in freedom, so goes the quality of life.

A recent article reported that the Chinese government is using new technology to reward citizens with positive social credit scores for notifying authorities about neighbors who speak against President Xi Jinping. The program of mass surveillance actively encourages Chinese citizens to keep an eye on one another and report any actions that do not comply with the parties’ ideologies. The behavior of its citizens is being monitored and stored so that trustworthy citizens are allowed to roam everywhere, but discredited citizens will be barred from taking a single step. How far can the Chinese government go with old-school totalitarian techniques combined with 21st-century digital mass surveillance?

What about Democratic, Free and Developed Countries?

Recently, the U.S. military announced they were conducting wide-area surveillance tests across six Midwest states, using experimental high-altitude balloons. The balloons are intended to provide a persistent surveillance system to locate and deter narcotic trafficking and homeland security threats, and although it may sound like a good plan to stop crime, is this the only reason to implement such technology?  Orwell’s 1984 classic is becoming too close to reality.

Privacy advocates in the U.S. have manifested that American cities should not be subject to this kind of mass surveillance systems that can track every single vehicle wherever they go.  The amount of data being collected even with the tests is more dangerous to the freedom and privacy that the democratic system should guarantee, than the alleged benefits of watching everyone 24/7 to detect threats. The “being safer” argument has been used a lot, but the truth is that none of the places where these practices are being implemented have become safer.

The discussion over privacy and mass surveillance is also being held in the U.K. where human rights groups are fighting against the Investigatory Powers Act, a legislation that gives very extended powers of electronic surveillance to the U.K. Intelligence agency and the police. Under this law, the British government may hack devices with little oversight and they only need “reasonable grounds for suspicion”, which can be almost anything. These bulk surveillance powers allow the British authorities to monitor messages, calls and web history of hordes of ordinary people who are not suspected of any wrongdoing.  Such practices would have only been a dream for Nazi Germany.

Unfortunately, privacy defenders are losing the battle so far, and not only in the U.K. New technologies emerge and private companies are also benefiting from mass surveillance with the collection and commerce of bulk personal data that is sold to the highest bidder. Mass surveillance systems can be extremely dangerous to countries that claim to respect human rights, not only to people living under totalitarian regimes.  Spread the word and join the fight for privacy.