Military Scams from Yemen, Syria and Afghanistan: How to Stay Safe 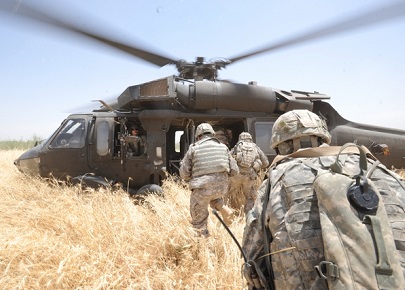 Are you a potential victim of an online military scam? The answer of most of people is no, because most of us can’t picture ourselves being deceived.  It can’t happen to me.  However, military scams are more complex every day and reach more people. Fake soldiers in Syria and Afghanistan have been scamming thousands of people around the world, and most recently investigators have seen a sharp increase in these type of cases in Yemen. Being informed and cautious won’t hurt, and in turn it can help you, a relative or a friend remain safe.

Yemen, Syria and Afghanistan: The focus of the scam

The military involvement of foreign governments in Yemen, Syria, and Afghanistan is well known around the world. In these countries, American troops are fighting extremist Islamic groups that are enemies of the United States or are connected to such militants. Currently the United States has between 60,000 and 70,000 troops in the Middle East. More than 14,000 of these troops are in Afghanistan, while Syria and Yemen also have a fair share of troops in place to hold infrastructure and on peace keeping missions. The United States is not the only country with military presence in these countries. NATO members (29 allies) also have a sizeable number of troops deployed in these countries. Their presence in Afghanistan and Syria (and most recently Yemen) has been featured around the news in every corner of the world, making it easier for fraudsters to support their stories. The widely spread knowledge of military members on a peace mission in these places is the perfect lure for several reasons.

On one hand, military presence is real. On the other hand, military members are generally perceived as lonely heroes who are sacrificing for a greater good. They are isolated from family and loved ones, and their living conditions are limited to the particular circumstances of war. Fraudsters combine these factors to put together a persona that is vulnerable, in need for caring, and someone who deserves this caring without question. Victims find it easy to believe in the solider story and want to help, and this is when the scammer’s manipulation process starts.

How do military scams work?

It is important to understand that military scams work because fraudsters are playing on people’s emotions. Scammers start shaping a supposed friendship or romantic relationship with their victim, and as they become closer and appear more trustworthy, they begin with their manipulation techniques. Eventually, the scammer will benefit in some way: they will request financial assistance, or ask their victims to receive funds for them (money originated from other fraud or money laundering). In other cases, there is never a financial request, but instead the criminal will access your computer or accounts to steal your information.  Either way, the scammer will profit at the expense of their victim.

How to stay safe when online dating?

The most important thing to consider is prevention.  These scams would not be possible if people hired a military or dating background check as soon as they become interested in this person they met online. Most people have a desire to help others, but we can avoid being scammed if we decide to help only after having clear evidence that it is safe to do it.  Get the facts and evidence first!

The key to stay away of military scams is to obtain reliable evidence, which is what investigators in Afghanistan, Yemen and Syria can do for you.  Contact a professional for advice.

Another important thing to have in mind is that military scams do not only affect people looking for love online. Mistakenly, the first consideration is that only dating site users are vulnerable to scam. But thousands of victims are targeted every day in social media networks like Facebook and Instagram, in online games, by email contacts, and other unsuspected places online. The more unsuspicious the site is, the least people expect to be targeted. Not being an online dating user does not rule out the possibilities of falling victim.  Military scams can target anyone on the internet.

If you have met someone online who claims to be a military member deployed in any foreign country, don’t wait.  Seek professional help as soon as possible so you can verify the person. Hiring an international investigator can save you or someone you care about from real trouble.