Black Boxes in Cars – Is the Government Tracking You and Your Car? 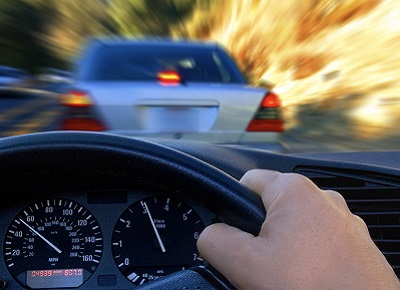 Not many Americans are aware that there is a device in their cars that stores a lot of information on them. Event Data Recorders are commonly known as black boxes, and they have been present in most cars since 2006.

Originally, black boxes were designed as part of a car´s safety system to be able to record how the engineering and safety measures works at the time of a crash. The data would help engineers track what´s going on, have a better understanding of the damages and continue improving the way cars are built. However, with time the systems have grown more complex and the amount of data recorded is increasing due to better technologies, a situation that has raised privacy concerns.  As recent events have proven, no data stored about us is 100% safe and secure from third parties and abuse.

The National Highway Traffic Safety Administration (NHTSA) is on the verge of making black boxes mandatory in all new cars, light trucks and SUV´s. “When 96% of the cars that are manufactured are storing data, and there is a strong government interest in making this mandatory, then there is serious cause for concern,” says Thomas Crowley, Director of Surveillance Services at Wymoo.  Chances are, at some point, that information being recorded could be accessed, sold or distributed without your consent.  “Americans want privacy, and we’re losing the battle.”

People are becoming more concerned about privacy, and given the fact the government has been eliminating privacy and civil liberties it is understandable that people take this as a new threat.  Where will it all end?  Even home appliances and other “smart” devices are recording our every move and reporting and saving the data.  Think geo-tracking tools are handy?  So do those who are monitoring you, without a court order.

EDR´s store data only from a few seconds before and after a crash. The information recorded includes vehicle speed, whether the brakes were applied, if the airbags were deployed, if the driver and passengers were using seatbelts, and other variables related to the functioning of the car. This data is now being used for investigative purposes, and is key to insurance investigations, lawsuits and even criminal cases. But the privacy concerns are more related as to how much information is this device is really storing, who is allowed to retrieve the information, and who owns it?

Most car owners do not even know that there is a hidden black box in their car, much less will they know how to keep that information private. How would people really know if the recording length has been increased, or if a GPS device is being added to the black box? Will the next step be video or audio recording? And most important, would people really be able to find out if they are being tracked and recorded in their cars?

The average driver knows very little about the information that is being collected in their cars, or how it could get into the wrong hands. Almost everything is being controlled by a computer nowadays, including cars, and having a device that can collect data makes civilians more vulnerable to hackers and government surveillance.  Even the hundred million dollar website, Healthcare.gov, could not keep data safe.

People are just starting to open their eyes about privacy.  We´re just getting over the NSA leaks and Snowden, and we have lived a pretty intense year with the hacking of some major websites and the stealing of great amounts of personal data. Therefore, to think that black boxes will be used against civilians is not crazy, it’s almost to be expected.  Big business and the U.S. government make money by big data, and big lobbyist create corruption and even bigger government.  Who looks after the average citizen?  It’s up to individuals and the private sector to fight back. The NSA and Obama administration want control, surveillance and conformity.  The people are desperate for something else – privacy and rights.

With so much happening and so much at stake, drivers should be aware of what black boxes can do, what they can’t do and the privacy issues they raise. Private investigators from Wymoo have issued some tips regarding privacy protection in the past and also recommend privacy-conscious drivers to take a better look at GPS and built-in services that offer roadside assistance. It is important to fully understand the extent of the services, the benefits and the risks, and decide whether it is worth to use them or if opting-out is indeed an option.  If opting-out is not an option, and you own the vehicle, you might want to speak with a mechanic or automotive expert about removing the device so you can drive free!