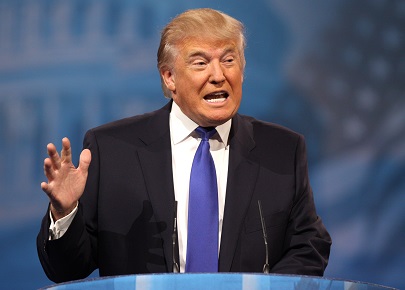 In U.S. and most other countries, there is no requirement to pass a background check investigation for the most important job in the country, the job of being the next president!  Barack Hussein Obama never passed one, and if Donald Trump gets elected, he won’t be required to either.  Obama’s father was a Muslim from Kenya, and his step father a Muslim from Indonesia, where Obama attended primary school for a short time.  And he openly admitted to using marijuana and cocaine in his book.  Despite the red flags about his past, the media and the political propaganda machine labeled everyone as racists who tried to do an honest, impartial background check.  So it goes in politics!

Responsible business owners, CEOs and human resources directors take employment background checks very seriously.  Managers know how important it is to hire the right person for the job, and to make sure candidates are properly verified.  After all, anyone can create the perfect resume.  It’s the history and track record behind the resume that actually matters.  Being aware of the risks and of the tools that help reduce these risks ensures survival and gives any company or organization an advantage over its competence.  Professional background check investigations are more important than ever, especially in important job roles.  In other words, the higher up the individual, the more important and in depth the screening process should be.  For executives, most private investigators conduct due diligence, while background check investigations are for lower employees.

When it comes to government, the people who run our country, how is it possible that we overlook the importance of proper due diligence?   Is it because most politicians are corrupt?  Is it because many politicians break the law and assume the law only applies to taxpaying citizens? The decision of hiring for the most important job in the country is left to the people, but we are all in the dark when it comes to a candidate’s past.  We only know what the biased media tells us.

The most important job in the country

Hiring the person who will be head of the United States is not an easy task and it should not be taken lightly. The U.S. is the greatest economy in the world, therefore the decisions that are taken here affect positively or negatively the rest of the world. Having a solid economy and a healthy social environment is not only good for U.S. citizens, it is good for the rest of the world, and being able to achieve this depends on a great part on selecting the right person to lead the way.

A background check is a must but is not required

How do we know we are selecting our best candidate? As incredible as it seems, people who run for presidents in most countries, including the U.S., are not subject to an investigation. A professional background check investigation is a must that should never be skipped, especially considering the dimensions of the role this person will be playing. But it is not yet a requirement.

How could someone who has been president twice be exempt from investigation? No one in a democracy should even consider electing a president without a background check. Voters should be able to have this information available in order to make a truly informed decision. However, we leave this very important task of “investigating” to what we call public scrutiny and to biased reporters.

Media bias favors the left, so who can you trust?

In todays’ world, it is the media who decides. The problem with the media getting to do this is that they are not qualified to properly investigate someone and, on the other hand, they will be biased by their own interests, which are not always the same as the interests of the taxpaying citizens.

What is a real background check investigation and what results can it show?

A real background check investigation, conducted by professional investigators and not by reporters, is a thorough investigation that will provide important information to determine whether or not someone is right for the job. A professional background check investigation conducted by a trained investigation team will reveal and verify a person’s past, check previous relationships and ties, identify red flags and risk factors, verify employment and education history, check criminal and court records, check passport and birth records, and investigate for corruption and a history of fraud.  A real background check would verify every detail of the supposed qualifications of a candidate to run a country as powerful as the United States.  It would benefit the public and ensure we don’t hire a fraud for the most important job in the country.

Hillary Clinton, candidate for the democrats and socialists, has been accused on several occasions of participating in some very shady deals, including a scandal with the Clinton Foundation, an oil company in Colombia and a phosphate company in Morocco, as not to mention the Benghazi and email scandal.  Hillary Clinton’s scandals and corruption would not be overlooked by investigators, but once politicians are in place, the propaganda and spin machines prevents any real checking.

Is it time to verify Donald Trump? Wymoo is ready!

It is definitely time to take verification seriously.  While most of Donald Trump’s public life is very transparent due to his long history as a successful business person, we should have standards in this country that require every politician to pass a comprehensive verification.