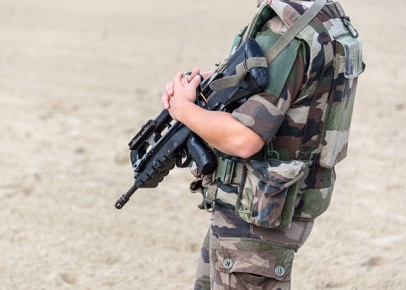 The cases of military fraud are not new. For a long time, scammers all over the world have been using the identities of real military members as well as real crisis to deceive innocent people. Yemen is not an exception, and international private investigators are urging people to be extremely cautious when meeting people online who claim to be part of the military and deployed in Yemen.

Yemen has been under an armed conflict since 2014, and this conflict has taken a terrible toll on the civilian population. According to Human Rights Watch, almost 7,000 civilians have been killed and 14 million people remain at risk of starvation and death, and suffer the lack of basic services, a spiraling economic crisis, broken governance, health, education, and judicial systems. The crisis in Yemen is real, and the intervention of US and British military forces is real too. The magnitude of the conflict has also made it widely mediatized, therefore facilitating the “work” of the military scammers.

As it has happened in the past with armed conflicts in Afghanistan, Syria and other countries, even though the context is real, the claims of the scammers are not. Romance fraudsters take advantage of the situation to pose as military members deployed in the conflict zones, or civilians (doctors especially) on alleged peace-keeping missions.  Sometimes the criminals assume real (stolen) identities, and in other cases the profile is entirely fictitious.  While real military members are struggling to survive and come back home in one piece, scammers in countries like Ghana and Nigeria, Afghanistan and the UAE are just using their names and identities to make a profit. The sad part is that without proper online dating verification by real investigators, they will continue to find victims around the globe.

How to deal with someone who claims to be in the military stationed in Yemen?

Every online relationship should be handled carefully whether there are red flags or not. Sometimes the red flags are clear. For example, with so many cases of fake soldiers hanging around in online dating sites and social media, it becomes clear that meeting a soldier online is a clear red flag.

Fake military members are trying to find victims everywhere, so regardless of where someone says they are stationed, or their rank, or where you met them: hire a professional investigators to conduct a dating background check as soon as possible! Even if your interest in this person is not romantic but only friendship, the chance of stumbling across a criminal is real, so it needs to be avoided.

Hiring an international private investigator in the early stages of the relationship can make all the difference. If you are feeling really interested in someone claiming to be in the military or someone working on a peace-keeping mission, and you have not met them in person because they are deployed in Yemen (or Afghanistan or Syria), your best option is to investigate and get facts.

A background check investigation conducted by trained international investigators will determine if the person you are communicating with is real or a scammer, before you invest your money, your time and your feelings. Do not miss the chance to find out the truth, and to protect yourself from heartless criminals who don’t mind using real human suffering for their own benefit.

Have you met someone online?  Contact us today for a free and confidential quote.