Turkey Investigators Warn About the Risk for Dating Scams 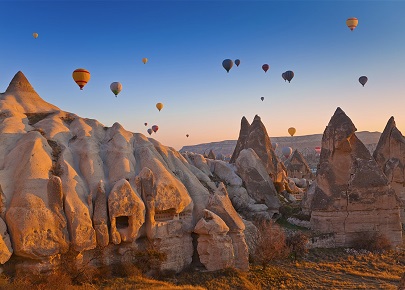 Turkey is a country with dazzling monuments and landscapes that do not fail to impress. People from all over the world feel attracted to its culture and architecture, but mainly to its people. Thousands of foreign men and women are caught by the charms of the Turkish, so be careful! Unfortunately, private investigators in Turkey say a lot of those online romantic experiences are fraud.

The cultural differences and the anonymity that the internet makes it hard for victims to recognize the red flags and react in a timely manner. For example, Turkish men are known for being a lot more expressive and romantic than in other countries, so early declarations of love are not considered as a risk by the victim but more like a cultural difference. Many other things what would be perceived as unnatural or fake within people from the same culture, are ignored when dating people from another country. However, those may also be signs of a scam that are being unnoticed.

Who is at risk of being deceived?

Anyone can be the target and victim of a romance scam: men, women, young, old, gay, straight, white, black. No one is off limits. With that said, there are certain trends in regards to the people that online criminals target the most. According to the FBI, women who are over 40, divorced, widowed, and/or disabled are the prime targets for scammers. If you fall into this category, be especially wary of people that you meet through dating websites and even more so if the person you communicate with is from or located in a high risk country for romance fraud like Turkey. Online dating can be difficult and scammers only add to the problem, so be vigilant when you’re meeting new people.

How can anyone make sure they’re not being scammed?

The best and most important method to staying safe it to verify the facts early.  Getting clear evidence in the beginning of a relationship is critical to avoid being a victim of fraud.  Dating background check investigations enable you to know who you’re dealing with, and to make an informed decision about whether or not you want to continue with a relationship.  Prevention is the key, and investigations need to be started at the early stages of a relationship if you want to stay safe.

The best method to avoid being a victim of a Turkish romance fraudster is to hire a dating background check from a reputable investigator in Turkey. A thorough online dating verification will provide evidence on whether or not that person on the other side of the screen is being honest about their identity and life. In most cases, online criminals will use a fake identity as they do not want to reveal who they really are. Local professional investigators based in Istanbul can search official public and government records, and discreetly verify employment, education, ID and passport, documents, birth, criminal and marriage records, and more.  Wymoo International has highly trained investigators in over 100 countries including Turkey, and we can help you stay safe.

Finding out sooner rather than later makes a world of a difference. Online dating verifications are a must when meeting someone from Turkey on Facebook, Match or Plenty of Fish and you want to verify their identity.   Don’t be a victim of fraud or scam.  Get the evidence and stay safe!