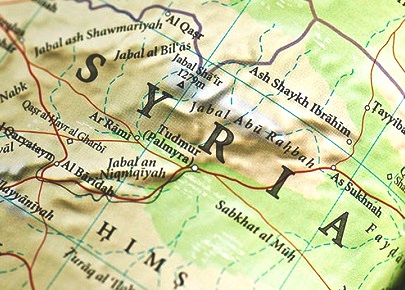 The crisis originated in Syria is not a one country problem or isolated problem anymore.  According to the U.N., Syria has become the world´s top source of refugees since the Second World War. There are at least 4 million Syrian refugees officially registered across the Middle East and Europe, and still many of the neighboring and developed countries have no idea of how to deal with such a massive migration.  While many developed and neighboring countries are concerned about possible Muslim terrorists entering their borders, many families have had no choice but to flee their homeland.

For everyone who has been following the conflict and the civil war process, it is no secret how serious the problem is. Thousands of lives are in danger every day; those who stay and those who decide to leave are in equal danger.  There seems to be no safe place to live or hide.

But further from the suffering and the obvious humanitarian crisis, which many have summarized and explained, there are other impacts in society. Unscrupulous people all around the world have been using this situation to scam innocent people who are willing to help. Wars and natural disasters are proven to trigger fraud and crime, and thieves have already put their hands on the Syrian crisis.

Our international private investigators are alerting the public on the most common schemes used so far by criminals to scam foreigners out of money.  If you meet someone online or even in person requesting support for the refugees, do your due diligence and never hand over money or your credit card information without first verifying the person or entity you’re dealing with is legit.

Soldiers or volunteers in need

Many of the latest international background check inquiries that are received at Wymoo are regarding a soldier deployed in Syria, or a volunteer for an international organization aiding Syrians. There are in fact many people working on mitigating the impact of the war and there are interventions from different NGO´s. But not everyone who claims to be working for them is real and honest.

Our investigators have learned that scammers from other countries are trying to impersonate soldiers or volunteers supposedly in need of financial assistance to leave Syria or to accomplish other needs. It is important to be cautious and get an international background check investigation before sending money to supposedly help.   It is true that Syria is a war zone, and that there may be many different situations that lead foreigners to request for financial assistance. Some cases are genuine people in need. But before lending a hand, make sure you understand the risk, and verify the person.

You only need to  turn on the news to see how many sad stories of victims of the war there are. And for most people with financial stability, donating or wanting to help is a natural response. But beware! Organized crime rings and online scammers are setting up fake charity organizations to collect funds that will never be used for the victims. If you are donating, make sure you do it through a well-known organization and using only safe methods. Try to avoid sending money through Western Union or Money Gram.  Verify any websites or emails you receive who claim they can help.

The amount of romance scams from people claiming to be in Syria has risen exponentially. The greatest target for these kinds of scams are women from developed countries like the U.S. , the U.K.  and Australia. Love fraudsters gain their victims trust after several months of online conversations and constant communication through the phone and the Internet. Once they have reached the right point,  they will try to request financial assistance, a loan, or special favors that go from borrowing their bank accounts for a transaction (which usually has to do with money laundering or some kind of trafficking), to asking to send technology items or other goods to another country.

It is clear that the humanitarian crisis in Syria is very serious, but on top of that there are criminals trying to take advantage of the situation.  Many criminals are operating from developing countries such as Russia, Romania, the Ukraine, Philippines, Ghana, Nigeria, South Africa and Malaysia.  Do not be a victim of fraud!  If you’d like to contribute or donate to a person or organization in need, contact us to be sure it’s not a scam.  Our investigators provide you with clear evidence and keep you safe.