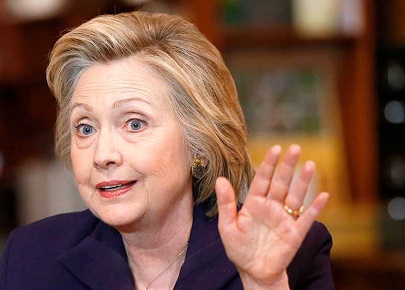 As with previous campaigns in the United States, Google has been caught manipulating search results to favor one candidate over another. A recent video from SourceFed raises serious questions about the transparency and objectivity of the search engine, with evidence that Google is promoting Hillary Clinton.  In addition to being tracked and losing privacy, Americans are facing tough choices about where to find search results that are not being controlled and manipulated.

According to the Wall Street Journal, Google executives and lobbyists have met with top Obama administration officials as many as 230 times since President Barack Obama took office in 2009 – more than any other public company in the United States!  Bias anyone?

In the recent video, Matt Lieberman from SourceFed explains how the popular search engine seems to hide search results of articles that bring up negative perceptions of Hillary Clinton. Tests in the video show that searches like “Hillary Clinton cri” and “Hillary Clinton ind” threw completely different auto complete suggestions and results in Yahoo, Bing and DuckDuckGo compared to Google.

Even Google’s own reporting showed that most people searching for those terms are interested in indictment or crimes, but no, nothing of that sort found in the results.  It’s good news only for Hillary Clinton on Google.  This comes just after reports by Wikileaks founder Assange that Google is closely cooperating with Hillary Clinton’s presidential campaign to promote the candidate.

International investigators conducted their own tests which confirmed the findings of SourceFed.   Test the results yourself as well.

(Google removed the below video – censorship!)

Google should be remaining neutral and transparent. All news media and search engines have this responsibility, and Google is no exception. However, we do not live in a perfect world, and we all know that the powerful use their influence to continue growing and getting what they want.

At Wymoo International, we have always tried to let people be aware that information is power, and that power can fall into the wrong hands and be used against you. Whether it is to deceive people in an elaborate online scam, or to try to influence people’s thoughts and indoctrinate them, information is still the key. That is why we are privacy advocates, and why we try in every article to teach people how to defend themselves from privacy violations and from manipulative actions.

Private search engines such as DuckDuckGo are gaining in market share and offer much better search results – and they do not track your every move or put you in a search bubble!  Not to mention they don’t bother you with all the ads, making it much easier to find what you want.