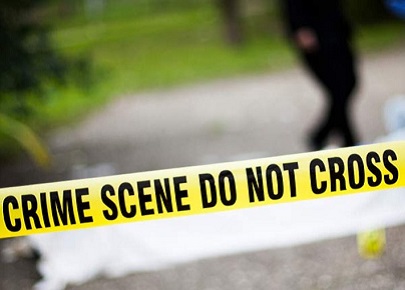 Twenty-three years after the death of Vince Foster, there are still many questions unanswered. The discussion, evidence and the circumstances surrounding his death was recently brought back to light by Donald Trump in an interview, and it has reminded people how dangerous politics can be.  According to the official records, Vince Foster shot himself in a Virginia park in 1993, but the true cause of his death in such conditions has been the focus of much speculation ever since.

The scandal of Vince Foster’s death was a big shock for the whole country, and it had a great impact in the reputation of the Clintons at that time. Some of the things surrounding the tragedy increased the questions about what really happened. For instance, the bullet was never found. The Clinton White House was slow to release information and took steps that raised suspicions, such as removing from Foster’s office files concerning an Arkansas real estate deal. Many people who knew Foster believed he was not a person who would even consider suicide, and that there were no reasonable explanations why he would take such a decision. Five official investigations later determined that it was in fact a suicide, but many remained uneasy about this tragic event, and still remain skeptical about the official investigations even after so many years.  The truth is, Foster was a liability for the Clintons and he was someone who would have been best to be put out of the picture, and he was.

What brought Foster into the White House?

Vince Foster was a partner at Rose Law Firm in Little Rock, Arkansas.  During his two decades at the firm, he practiced mostly corporate law and became one of the best trial litigators in Arkansas. He was a childhood friend of Bill Clinton and became Hillary’s mentor when she joined Rose Law Firm as an associate and later as the first female partner in the firm.

After Bill Clinton’s election in 1992, Foster joined his White House staff as Deputy White House Counsel in early 1993. Sources at that time claimed that he had initially been reluctant to enter a political career, however he finally accepted. Two other of his former partners at Rose Law Firm joined the White House staff too: William H. Kennedy, III, who served as his associate counsel, and Webster Hubbell, who became Associate Attorney General.

How did things go wrong?

Foster was a successful lawyer while he worked at his firm. After his death, the rumor was he was having a hard time transitioning to the political life and was unable to bear with the difficulties and the failures that politics were bringing into his life. But Foster had been known for all the contrary. His intellect and judgment had so impressed his White House colleagues that they tossed out his name as a potential nominee to the Supreme Court. His suicide was already hard to believe based on his character, and the circumstances that surrounded his death made it even more suspicious, especially because Whitewater was an ongoing scandal that could take the Clintons down and in which Foster had a lot of information, perhaps too much.  The Clintons needed to find a way to ensure Foster’s silence.

A recent publication states that files discovered at the National Archives and Records Administration prove that the investigation was mishandled and compromised. The lead prosecutor during Foster’s death investigation, Miguel Rodriguez, had submitted a resignation letter along with a memo about the injuries Foster sustained. Rodriguez notes details about injuries around Foster’s neck, including a second shot on the right side of his neck made by a small caliber bullet hole. These injuries were never reported in official government documents because the FBI claimed the injury photos were underexposed, and therefore useless to them. Rodriguez also stated that after he produced additional damning evidence of a possible murder cover-up, he became a target and was investigated internally.

Other media publications suggest that Hillary Clinton may have triggered Foster’s suicide after ridiculing him in front of his peers over a disagreement on her proposed health care legislation. According to FBI investigators, during the White House meeting Hillary humiliated Foster mercilessly and told him he would always be a little hick town lawyer who was not ready for the big time.

There is no definite or convincing answer as to what happened to Vince Foster, and probably there will never be.   As many citizens know, the law typically only applies to hard-working Americans who pay taxes and don’t have the financial resources or political connections to get everything they want.  As international investigators know, it is important to research and investigate before forming any conclusion.  In consolidated democracies, it is the responsibility of all voters to investigate their candidates’ credentials and past in order to make an informed decision, even when the evidence of a suspected crime is not completely clear.  This is the corrupt nature of government.