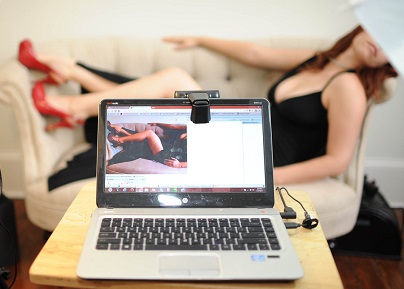 The Romanian adult webcam industry is becoming a more organized black-market industry, where online fraud and romance scams run rampant.  The adult webcam sites intentionally target Romania and Eastern Europe for a reason: these countries are home to thousands of very attractive women with very limited job opportunities. When you throw in poverty, an abundance of underemployed English-speaking women, and high-speed internet together, you end up with Europe’s largest adult webcam industry.  Attracted to these beautiful adult webcam models are typically people from the U.S., Canada, Australia and the U.K., and therefore men from these countries tend to be the victims.

Mafia rings prey on the hopelessness of Romanian women with the promise of wealth, and at the same time they prey on the millions of foreign men who fall victim to romance scams. The truth is, the business is all set up to make mafia leaders richer.  Organized crime in Romania has worked to manage and control the adult webcam business, and the more money the models take in, the more the mafia and organized crime groups make.  The economics are simple – they need more models, and more victims sending money to Romania.  So far, there’s been no way to stop them.

According to a recent article, the Romanian sex cam industry is rumored to be seeing annual profits of over $373 million, making it the most lucrative market of its kind in Europe. Industry insiders estimate that there are more than 5,000 studios scattered across the country, working with around 100,000 models. But as far as the Romanian government is concerned, the industry doesn’t even exist.

Private investigators in Romania say this is a 24/7 market that is active all year-round, with the majority of clients logging in from North America and Western Europe.  The exploitation of women is not the only problem with this industry. The other great concern is the thousands of people who fall victim to romance scams that have been orchestrated by these crime rings.

How do men get involved in romance fraud?

It is not uncommon to find men who fall in love with a Romanian webcam girl. In fact, thousands of men are convinced they are in a long-distance relationship with one of these women, but most of them are just being deceived.  Chatting with a Romanian on an adult webcam site is high risk.

It is true that young Romanian women often get involved in webcamming because it’s the best -or only- economic option they can find, even if they hold one or two professional careers. But most of them are not looking for someone to rescue them, as they make their victims believe. Cam-girls make enough money in this business to see for their families on their own, and even to invest in things that most common people in Romania cannot even dream of. The studio owners make twice as much, and the networks that collect payments and stream the videos make even more money.  In fact, the only people going broke are the victims in the U.S. and U.K. who lose their money to the women.

Men who fall victim to romance scam have been tricked into believing that the woman they casually met on a webcam site has fallen in love and has the intention to stop working for the industry and eventually travel, get married and leave all this behind. In the majority of cases, the fraudsters only need these men to continue providing cash, in bigger amounts and for a longer period, sometimes even years. The webcam site will block their IP so they won’t see any more content of their girlfriend and make them believe she really quit. By the time victims come to understand they have been deceived, they have already lost a lot of money and in some cases had their identity stolen.

How to avoid being a victim of a Romanian webcam scammer?

The first rule is not to get involved until you have clear evidence that the woman is who she claims to be. Scammers will most likely not provide their real identity, as they wish to get away with it. Conducting a dating background check investigation is the first step to know if he or she is lying or not. Once you have clear evidence about their identity, further investigations might be needed to understand their life conditions, whereabouts and relationship status.

It is important no to send funds or provide personal information until you have clear that the person you are communicating is who he or she claims to be. Once money has been sent, it will be impossible to recover. Contact our investigators in Romania for a free quote for professional help!