Beware of Military Scams in Online Dating and Social Media 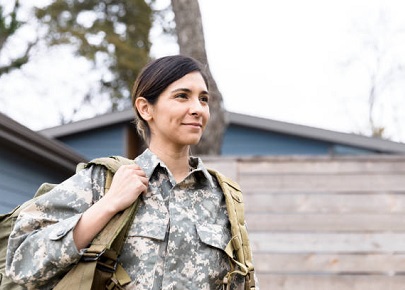 Military fraud and romance scams have been around for quite a while, but for most part the fake soldiers have been impersonating men in service, not women. It might seem like a minor detail, but it is not. Military romance scams have been widely covered in the media, but the warnings are always directed to potential female victims. Just like natural disasters, people pay attention to a hurricane alert if it’s coming their way, otherwise it’s none of their business. Men ignore the military scams warnings because they think it doesn’t concern them, however, the victims of fake women soldiers are increasing exponentially.

The military romance deception has entangled forces of different countries, defrauded thousands of victims and smeared the reputations of soldiers, airmen, sailors, and marines. It has also led to tragedy in cases where people lost their life savings or their family in the pursuit for love.  Anyone you meet via the internet should be verified.

U.S. military officials have warned those involved in online dating to proceed with caution when corresponding with someone – regardless of their gender – claiming to be a military member serving in Syria, Yemen, Afghanistan or elsewhere overseas. But the warnings are not enough because the scammers are one step ahead.

“Scammers will always continue trying different stories, different targets, different places to find their victims,” says John Wallace, Director of Background Checks at Wymoo International. When the story gets old, they create a new one. When the people being targeted are opening their eyes and getting more cautious, they find new victims. What is certain is that scammers won’t stop trying.  As people learn to identify certain red flags, online criminals and scammers change their tactics to avoid detection.

The female military romance scheme stands out for its audacity. People have great expectations and positive thoughts about military members. Women in the military are admired not only for their service and courage, but also for putting up with a task that was traditionally assigned to men. These preconceptions help fraudsters get away with their scam, as victims rarely stop and think about their online friend’s real intentions. Doubting the word of an honorable member of the military is not common, but these criminals are very far away from being honorable at all.

Where are the fake women soldiers?

While fraud has proliferated online for years, those running the military romance scams are taking on every social media platform, every online game, every dating app, and with great success in avoiding detection. Many scammers operate from their phones in Ghana, Nigeria, Romania and other high-risk nations, working several victims at the same time. For the impersonators love hoaxes are lucrative and low risk.

How to recognize fake women soldiers

There are red flags that will reveal a scammer, like money requests. Unfortunately, most of the red flags are not so obvious and criminals take their time to show their true colors. Instead of trying to recognize the signs of a scam, the best way to protect yourself is to hire a military background check investigation to verify that the person you are interested in is in fact who she claims to be. If you are growing an interest for someone you have never met in person, the most effective way to stay safe is to obtain reliable evidence.

You never know who is on the other side of the computer, so before getting in too deep, hire a professional private investigator for an international background check. That courageous and beautiful woman soldier you met online could possibly be a male living in South Africa or Turkey.  Be safe online and verify your new contacts.