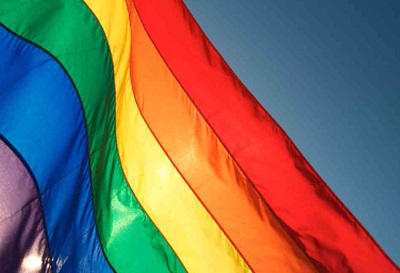 As online scams go, the gay community is not immune to thieves that try to “phish” their way past your heartstrings and into your wallet and bank accounts. Scammers are even using bots to jump on new apps pretending to be someone that they aren’t. However, there are a few telltale facts below and signs of scams that everyone – in the homosexual community and beyond – can be aware of in order to not get duped into a fake love affair.  Wymoo® investigators have seen a steady increase in online crime and dating scams targeting gay online dating sites, so extra caution is advised.

Although certain sites may make it seem like paradise for the members of homosexual society, the truth may be the opposite.  Internet criminals know that scamming is an equal opportunity game, and anyone can be a victim.  Experienced scammers are well aware that posing as a beautiful girl might not always be the best approach, and fraudsters can change their profile and approach quickly and easily, often targeting gays on major dating websites, such as Match.com or eHarmony, but also gay dating and social networks.  Being gay, and having a profile stating that you are gay, is enough to attract the attention of a scammer, and no website is 100% immune from fraud.  Fake profiles are common.  One woman  alleges that Match.com allowed her photo to be used in thousands of false profiles and is suing the website.

#2 – The scammers use blackmail to try and extort money

One method of trying to obtain money from unsuspecting people who peruse the gay dating websites is to entice a person into sending sexy or nude photos – and once they are received, the thieves then expose their true intent by threatening to send the naked pictures to the vulnerable person’s family or job if they don’t pay up.  Or even worse, internet crooks can record a webcam session, and threaten to upload your private video to Youtube, or email the embarrassing footage to family and co-workers, or you pay up!

#3 – The thieves request an overseas transfer of money

Private investigators say a big red flag is when someone you’ve met on a dating website asks you to wire money to an international location. Whatever the sob story they may give you, know that this is a common denominator in a lot of scams: an urgent, elaborate need followed by an insistent request to send money via Western Union overseas as soon as possible. Avoid sending anyone money that you don’t know.

#4 – Fraudsters agree to meet victims then steal from them

Some of the scams going around these days end in physical violence. There are reports of scammers meeting men on gay dating websites in highly anti-gay countries and once they arrange to meet in person, the couple is joined by a rogue gang of men who call themselves the local police – ones who demand $1,000 USD or more from the victim, and threaten you with jail or physical harm if you don’t pay.  If the victim claims he doesn’t have that much money on him, they will take his property as “collateral,” such as his briefcase, computer, or whatever they can find and then disappear.

#5 – Sharing too much online, your biggest risk of all

So things are going great, and you don’t suspect anything to go wrong.  There have been no requests for money and no red flags.  You’re just getting to know each other, right?  And in the process of getting to know one another, many criminals slowly gain your trust and your information, asking for things such as where you work, your address to send you a gift, your birthday to send you a card, etc.  In the end, the scammer has everything he needs to steal your identity and drain your bank account.  Or, the criminal may send you a photo or attachment to install a virus on your computer to steal your passwords.  If you’re communicating with a criminal, the last thing you want is for the person to know your address.

Be smart and verify your contacts to lower your risk.