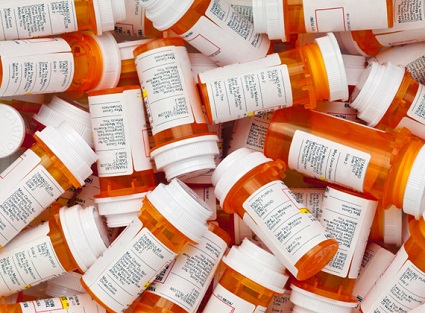 Military service members are facing lots of risks today, ranging from military scams and identity theft to problems as serious as suicide. Americans and our veterans are increasingly on drugs.  Drugs are turning into the universal panacea of our society. It is sad to see how nowadays throwing pills at people has turned into what corrupt business and healthcare providers call “therapy”. The effects of this terrible trend can be clearly outlined in the suicidal epidemic that we live today with veterans, and that concerns us all.

When investigators look at corruption, no evidence can be more clear.  Pharmaceutical drug companies sell their product on television constantly across America, “ask your doctor, ask your doctor”, and then list the 3oo side effects that they hope we’re too stupid enough to hear or see or care about it.  As the evidence mounts, handing out mind altering pills to veterans might not be such a good idea.

The world is concerned with illegal drug trafficking, with the power of drug cartels and all the crimes committed under the wings of illegal drugs. But what happens with prescription drugs? Who is measuring the real effects of legal drugs in our societies? Who is pointing out and adding up all the people who die under the influence of prescription drugs?  The FDA?  Not a chance.  They work for the drug companies.

On April 2, 2014 Ivan Lopez, an Iraq war veteran, killed 3 people, injured 16 and then shot himself in a shooting spree at the Fort Hood military base. Lt. Gen. Mark A. Milley acknowledged that Ivan Lopez was taking psychiatric medication before the shooting. This was not an isolated case of violence or death in the presence of pharmaceutical drugs, but just another case that shows the clear and consistent connection between mass shooting incidents and SSRI drugs. This incident is an extreme example of what has become a chronic concern for the military: soldiers with mental-health issues taking their own lives.

Although there has been some attempt to bring the attention of authorities and the media into the suicide epidemic, not much has been done about it. The figures for suicide amongst veterans are daunting. At least 22 veterans take their lives each day according to the U.S. Department of Veteran Affairs. This year, more than 2000 have committed suicide.  The government (in the pocket of drug companies) is doing what is does best, ignoring the problem to continue profiting from their own corruption.

People experience emotional and mental health crises in response to a wide range of situations. For veterans, these crises can be heightened by their experiences in military service, which can develop what is called Post Traumatic Stress Disorder –or PTSD. Some of the signs of PTSD include nightmares, flashbacks, changes in personality, avoidance or numbing of memories of the traumatic event, sleeping disorders, high levels of anxiety and suicidal thoughts.  Although time and therapy can cure the cases, doctors (paid by drug companies) often prefer to prescribe a pill.  Never mind the serious, life-threatening side effects.

Private investigators says too many people take drugs without doing their homework.

In health, as much as in all the other aspects of life, prevention is key. However, most of the “healthcare” that military members and veterans receive is contained in a pill, a greatly addictive pill –or a combination of them- which becomes an essential part of their everyday life. Stimulants, antidepressants, anti-psychotics, sedatives and pain killers are the new “fuel” for America’s forces and the effects of these haunt them for life. While sending medicated soldiers into battle was unthinkable in the past, today it’s the status quo.

Sen. John Walsh of Montana introduced legislation last week that includes provisions to force the Pentagon to reexamine troops who were discharged for PTSD-related behaviors. Now the question is: will a reexamination of the already discharged troops help? What if there is really a link between medication and suicide? Will they be prescribed with the same pharmaceutical drugs with suicidal tendencies?

Thirty three percent of the military members suicides are attributed to medication side effects. Active-duty service members who were prescribed with psychiatric medications consume a combination of three to five prescriptions, and get a refill anytime they wish, no questions asked. In economic terms, this means that the Pentagon has spent more than a billion dollars on psychiatric drugs, making it one of the largest customers of Big Pharma. Antidepressants, anti-convulsants and anti-psychotics with clear suicide warnings on their boxes are recommended as the medications for PTSD pharmacotherapy in men and women with military-related PTSD.  Drug companies are making a huge profit and should be investigated with due diligence.

Using prescription drug can seem like an easy fix. Military service members start getting them when they’re active and get addicted to them. And the Veterans Administration hospitals and clinics ignore this. There are many examples of mass shootings, murders, suicides and other violent episodes that have been perpetrated by individuals on psychiatric drugs over the past three decades. Still, the drug companies and government are doing their best to ignore the issue, and keep making more money!