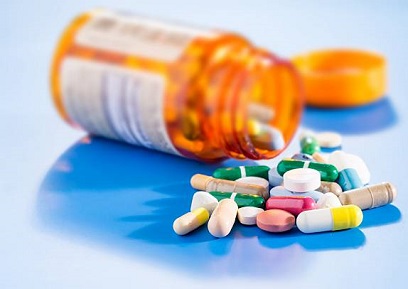 Have you ever counted how many times a day you see some kind of drug advertising? For people in the United States, it has become so normal to be overexposed to drug commercials and ads that many people don’t even notice any more.  In a sense, the U.S. truly has become a country of zombies, and Big Pharma wants to keep it that way!  Drug companies pay billions of dollars each year to get you on their drugs and keep you on their drugs, no matter what the consequences.  Pharmaceutical advertising intended to sell directly to the consumer has grown exponentially in the past decades. Foreigners and expert fraud investigators are able to see the obvious scam industry and corruption behind all the ads.  But shockingly, Americans remain oblivious and the FDA (Food and Drug Administration) accomplice turns a blind eye, as they are bought and paid indirectly by the drug companies.

Advertising prescription drugs directly to patients is illegal in nearly all developing and developed countries (except for the U.S. and New Zealand), and yet it is legal in the U.S. because of the lobbying and corruption. Worse than that, not only is it permitted, but everyday TV ads are getting more aggressive by using scare tactics to sell their drugs directly to consumers.

One of the main problems with Direct to Consumer Pharmaceutical Advertising (DTCPA) in the U.S. is that it is regulated by the Food and Drug Administration, but regulation is a very loose term in this industry.   Former executives of drug companies are part of the FDA approval board, a fact that reduces (or eliminates) the credibility of the decisions taken by the administration. It is clear there is a conflict of interest that gets drugs approved based on profits and not based on health.

Another extremely dangerous problem is that DTCPA has a great influence on people’s health decisions. Drugs are now created to feed more and more pills to the public, not to improve their health condition, which is why most countries in the world prohibit DTCPA in the first place!

Doctors make the problem worse by working as legal drug dealers, selling their cartel’s (Big Pharma) most profitable products. Worried about immigration and terrorism risks? The U.S. clearly has an even greater problem, but, as long as powerful drug companies have friends in the FDA and powerful lobbyists paying off Congress, the drug and advertising problem will only get worse.

In the U.S. when a person goes to  see his or her doctor, he is told to take a pill, such as Lipitor for high cholesterol .  You’re not told that you can drastically lower your cholesterol by simple changes in your diet and exercise, even though this is the best recommendation for your health.  Why? Because you being healthy is not profitable!  You need to take pills, and then you will need another pill to counter the side effects from the first pill, and then a third pill for the second pill.  Unreal!

Adverse drug reactions kill millions of people every year and only a corrupt organization like the FDA working with Big Pharma benefit from this.  The scam starts on TV with “Ask your doctor!” and follows with a trip to your local doctor who sells (prescribes) the drug (pill) and on and on in this cycle until you really do have serious health problems, that may require surgery, if you’re still alive.

So much overexposure to drug ads is leading people to buy and consume drugs like they were part of an essential diet. The figures are jaw-dropping. According to United Nations data, 80 percent of the global opioid supply is consumed in the U.S. Even when the list is restricted to the top 25 heaviest consuming countries, the United States outpaces them all in opioid use. Americans are not in more pain than the rest of the world, but have been convinced by ads running all day every day on TV.

The power that pharma companies have acquired is so strong that it is hard to stop this mess. The Congress cannot and will not  stop the legal drug dealing business because they would lose their financial backers. Prescription drug abuse turns then into an endless cycle of bad health, leading to more consumption of more drugs pushed by uneducated and unethical doctors.