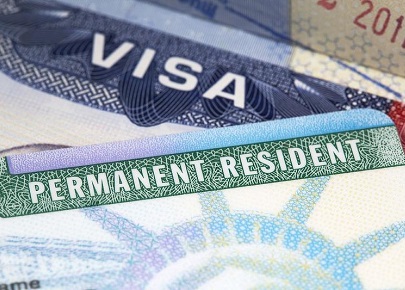 Immigration is one of the most controversial topics in the world at this time. It is true that every country has the right to decide the composition, the manner, and the timing of the flow of people. However, the massive migration of people running away from poor or in war countries has generated a serious crisis in the developed world and is putting millions of people at risk while nobody seems to know how to handle the topic.  Muslim immigrants from Syria have put major strains on countries such as France and Germany, and people are rising up against their government’s decision to open borders.  What is at risk is the culture and living conditions as these European countries know them.

But beyond the big global scenario of the refugees, there is another problem concerning the migration of criminals from one part of the world to another, who take advantage of the kindness of citizens as a back door to enter their target countries. This kind of migration has a direct impact in the lives of the sponsors, and few are discussing the risks.  Islamic terrorism aside, there are other risk factors in immigration, especially when there are no proper background check investigations.

Every day, there are people who welcome foreign strangers into their homes out of their good will to help, or because they have fallen in love with the person and want to start a new life. Thousands of people are currently dating someone they met online. Some have been communicating with their online partners for months, others for years. But a great majority have never met in person and know little about the real life of their partners. Many of these couples are planning a life together even though none of the parties has evidence to support that what they’ve been telling each other.

While many online scammers target bank accounts, identity theft and blackmail as a way to steal victims’ money, other criminals have a different objective: immigration.

“None of us wants to sponsor a visa for a terrorist, a money launderer or any other criminal”, says John Wallace, Director of Background Checks at Wymoo International. This may be the last thing on our mind when we think about that someone special we met online, but as he explains, in today’s world there is always a possibility that honest people looking for love online are targeted by a criminal.

Online criminals and yes, even terrorists are active in internet dating sites and social media platforms such as Facebook, Plenty of Fish and Match.com. They are constantly trying to find new victims who can help them get into developed countries, where they can make their business grow, or where they can commit their crimes on a greater scale.  Finding a friend can mean a way into the country for a terrorist or other criminal seeking access into your country, and marriage may be the ticket.

Regular people are being used to expand criminal operations or as a means to have access to new places and conduct attacks. “People are horrified when they see in the news that a terrorist was able to enter their home country, where they were given an opportunity to start a new life, and in return the terrorist was just taking his time to plan an attack”, says Wallace. The victims of immigration fraud are so focused on their feelings that they hardly think about the implications of inviting someone they don’t really know to be part of their lives and culture. Furthermore, many of these victims don’t consider hiring a professional to conduct a professional international background check investigation before making the invitation and filling out the paperwork, for fear she or he might feel insulted.

Unfortunately, American generosity in this area has long been abused. Well-intentioned people have been damaged by fraud and will continue to be as long as Americans don’t understand that safety should be their number one priority. While the authorities in the U.S. are taking slow and short steps to take care of the border control problem, expert international investigators say that investing in preventive measures, like a proper background check investigation, can save many Americans from going to jail or going bankrupt because of being involved with a foreign criminal.

It is very important to keep in mind that when you meet someone online, there are real risks and unknowns, and it is nearly impossible to verify someone in a foreign country without professional help.   You don’t know where they live, you don’t get to meet their family and friends, you don’t get to drive them home or to work every day. Hence, you have no idea if they are criminals or involved in some kind of terrorist group. That is why international private investigations can be so helpful. Get clear evidence and be safe with real verification before sponsoring anyone into your country!