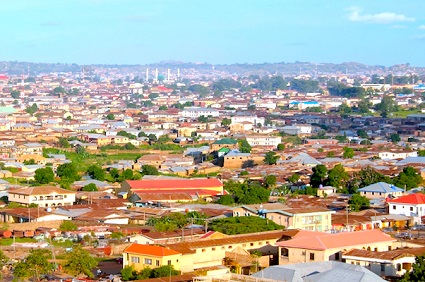 When internet scams first surfaced, many originated in Western African nations, like Nigeria. The attempted scams became so prevalent and highly-publicized that they almost became a joke as people were desensitized to them. These Nigerian scams have evolved over the years though. In addition to the traditional “419 scams” that still manage to hook a few unsuspecting victims, there are many other mass-market fraud strategies coming out of Nigeria and other West African nations.  Even the most skeptical can be a victim, and investigators confirm that even doctors, lawyers and police officers have been victims.

No matter how many warnings signs, how much information is published in the media, and how much we read and learn about the scams, fraud from West Africa is a constant threat to anyone who has a phone, mail or internet connection.  Police have had little success in shutting these crooks down.

The FBI warns that many Nigerian schemes target victims around the world, and even middle- and upper-class residents of nearby Middle East and African countries. There seem to be no borders when it comes to the reach of fraudsters in places like Nigeria and Ghana and so all consumers need to be on guard when it comes to sharing financial information and international investments. That starts by understanding what the scams out of West Africa look like today.  We’ll take a look at the most common.

Fake merchandise. The problem with all e-retail is that “what you see” is not always what you get. Have you ever ordered a product online, only to discover that it does not deliver what it promised on its website? Imagine that same scenario, except that you never receive any product at all – and the “retailer” now has access to your bank account or credit card information. International private investigators say schemes are on the rise in West Africa and the ease of creating websites one day, and shutting them down the next, make it a tough scam to spot and report. Look for websites that have “https” at the beginning of the URL and when you are unsure of a company, go with a bigger, trusted name instead. Never send bank or credit card information via email.  Look for trust seals such as Better Business Bureau, Truste and McAfee.

Operations in trusted countries. The FBI reports that over 100 West African fraud groups have operation centers in British Columbia, Canada alone. These fraudsters immigrate to a country like Canada that has a more trusted reputation with Western world consumers than Nigeria or Ghana, and then set up shop there – often complete with a Canadian mailing address and landline phone number. The FBI calls West African fraud enterprises “highly adaptive and opportunistic, perpetrating nearly every type of mass-marketing fraud” and this mobility of operating cells is just one example.  The U.K., through years of uncontrolled immigration, has also seen a significant increase in criminal activity from Ghana and Nigeria nationals now living within U.K. borders.  So, that new contact in New York or London may not be so safe after all.

Non-cash theft/crimes. While remote crimes like financial fraud are certainly still prevalent originating in West Africa, the FBI warns that in-person crimes are also on the rise. Many of the organized fraud groups use their proceeds to fund other criminal activities, like auto theft, drug smuggling and even human trafficking. Though the original victims are not necessarily the targets, giving out too much personal information could put the victim at risk – a scary prospect. The best defense against both remote and in-person crimes is to do your due diligence and always get a global asset search on any organization of interest.

Romance and dating scams. Whether you’ve met someone on an online dating site such as Match.com or a social networking site such as Facebook, it’s hard to know who you’re dealing with.  In fact, for those without the proper training and resources, it can often be impossible to verify the person behind the profile.  Romance scams are on the rise, and you don’t have to use online dating services to be a victim.   Criminals and con artists from West Africa, often working with accomplices in the U.S. or U.K. can scam you or steal your identity without even mentioning West Africa.  Globalization and the internet has helped online crooks hide like never before.  If you meet someone online, be safe and get a dating background check!

Though the scams out of West Africa are different than a decade ago, they are just as dangerous. Protect yourself by exercising caution with any financial dealings, particularly if they seem too good to be true.  Protect your private data, and when in doubt, consult a professional.