Romance Scams on the Rise, Despite Awareness 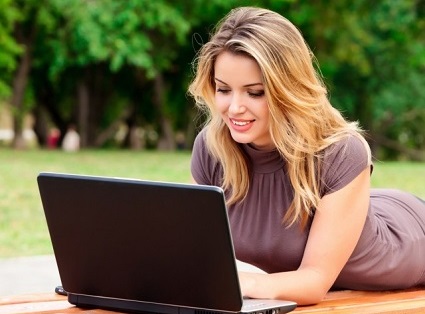 Authorities worldwide are concerned that even though the public knows that fraud amongst dating sites is increasing, individuals simply aren’t doing enough to protect themselves. Technology has increased to make it easier for people to ward off users intending to scam them and yet still, millions of dollars each year are stolen from unsuspecting victims. Unfortunately, it’s still too easy to get tripped up.

International investigators says many victims think you can only be a victim if you’re on an online dating site.  Nothing could be further from the truth.  Experienced internet criminals now target victims everywhere online.  If you use the internet, you could be a target.  Con-artists prefer online dating sites and social media, but if you’re online, you could be within a criminal’s reach.  Always be skeptical of anyone you meet via the internet, and remember to protect your private data and never send money to anyone.

Below are a few reasons why despite the warnings, the number of victims continues to climb.

Denial: Everyone wants to believe that they found their one true love. Many go to dating websites after being turned down or suffering heartache. They find that perfect someone who has all the right answers and does all the right things. This cloud of emotional feelings often makes it impossible to see through the lies and these genuinely in-love victims end up getting taken advantage of by scammers.  Some victims think that because they send money via Western Union to a specific name, that the recipient must be that person.  Others think that because they met their new flame on a social networking site, like Facebook, that they can’t be a victim of romance scam.  Internet criminals hit you when you least expect it.

Scams aren’t quick anymore: As the awareness increases and police continue to send out warnings, fraudsters often have to change up their pace. This means they might not ask for money right up front. They might play the dating game for months even to build up your trust and then suddenly have an emergency. You “lend” them money only to never to hear from them again. Don’t feel guilty about having a background check done right away if you are planning on meeting anyone in person or feel like you could be entering a serious relationship.  It could save you serious money and heartache.  In some cases, it could even save your life!  Don’t let carelessness lead to real world crime.  Contact a private investigator.

More dating sites than ever: Dating isn’t limited to just a few matching websites now. It has expanded to interest group type sites and even dating groups on social media. These smaller, more intimate groups seem like a safer pool to find love but scammers can lurk there just the same. Many victims let their guards down in the more tight-knit groups only to be hurt worse.  Even if you’re on one of the larger sites, such as Match.com or eHarmony, this doesn’t mean you’re necessarily safe.  Online dating sites and social media sites have no way to verify their millions of subscribers.  It’s up to you to consult a professional and verify.

Everyone has a story. Part of dating includes pulling out a little bit of sympathy to see your potential partner’s sensitive side. This allows the couple to connect more emotionally. Beware though, not all these stories are true. That new girlfriend may not have just lost her mom from cancer and that new boyfriend could actually not be a veteran of war. It is sickening to think people would lie about these things but they do. Be cautious of any story that develops into this stranger needing financial help.  Identity theft and other crime can also be a serious risk, so don’t think that requests for money is the only way you can be a victim.

If you’re communicating with someone traveling or from a country such as Nigeria, Ghana, South Africa, Malaysia, Philippines, Russia, Ukraine, China or Colombia, you’re at even a greater risk!

Money isn’t the only thing to be lost by victims of romance frauds. Integrity, hope, and a little piece of their hearts may go right along with it. In a world where having a partner is sought after as a top priority in many cases, the desperation unfortunately leads to an entire industry of holes for scammers to hide in. Use what is available to you to know everything about your dates possible. Watch for red flags and trust your head over your heart.  When in doubt, get a comprehensive dating background check.