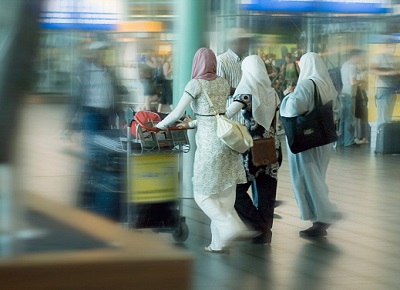 The recent brutal and horrific attack in Oklahoma is yet another graphic example of why proper verification and background check investigations are so important. Never before has the risk been greater for large and small companies alike who hire an unknown individual to join their team. Be clear, it is no longer just a question of performance and meeting legal obligations, professional background checks are essential to protecting your company, yourself and your own employees.

A comprehensive verification of employment candidates can save lives.

Officials at the Moore Police Department in Oklahoma say 30 year old Alton Alexander Nolen, a.k.a. “Jah’Keem Yisrael” had converted to Islam and was fired after an argument with co-workers about stoning women. After being fired, Nolen sped away in his vehicle, but then returned to the business for the killings and brutal attack on workers at Vaughn Foods, a food distribution plant.  His terrorist and anti-American views had surfaced before, but were missed.  On Facebook, Nolen had uploaded photos of himself reading the Koran and wearing Muslim clothing, and his cover photo of several Taliban fighters. Some of his posts included:  “AMERICA SO CALL HELPS IRAQ- WELL WHY CANT U HELP THE GAZA CITIZENS AGAINST ISRAEL…AMERICA AND ISRAEL ARE WICKED. WAKE UP MUSLIMS!!!”

In his jihad rampage, the fired employee entered the front office where he stabbed and beheaded 54-year-old Colleen Hufford with a knife. Police confirmed that Nolan “severed her head.” The murderer and terrorist then proceeded to attack 43-year-old Traci Johnson  with the same knife. Former CEO, Mark Vaughn, shot Nolen with a rifle he keeps in his office, and saved lives in the process.

Did management and co-workers overlook or ignore these warning signs?

Nolen’s colleagues say he had recently converted to Islam and attempted to convert fellow employees to Islam. In addition to the social media and known Muslim risk, Nolen was also an ex convict.  He had ties to many anti-American organizations and publicly pronounced his extremist views on the Internet.  Was he properly screened and vetted prior to joining the company?  Were his radical views reported?

Professional background check investigations are about more than meeting legal obligations. Proper verifications protect you, your employees, your company and your country.  They let you know if the candidate is who he or she claims to be.

Expert private investigators can not only help you hire the best employees and grow your business, but can also save lives. Many human resources professionals ignore the red flags, or simply hope for the best when it comes to hiring new employees to fill needed positions. But, as in the Oklahoma case where the employee warned that Sharia law was coming, it was too late. Proper verification and real background check investigations are very important, before making any offer.  Often once an employee is hired, warning signs are overlooked.

Wymoo International investigators emphasize, “checking criminal records is not a background check investigation. It is only a small part of a proper verification process. Real background checks verify the candidate on a comprehensive scale, and mitigate your risk.”

Professional background check services are for companies who are serious about protecting employees, hiring the best and the brightest, and growing their business with a safe workplace. Comprehensive background checks for employment include criminal and court records, employment and education verification, reference checks, ID and address verification, birth records, CV or resume verification, fraud screening, and more. Investigators also identify risk factors as part of the process.  In today’s world, it is prudent insurance to have.

The next time you’re considering hire an employee, domestically or internationally, ask yourself: How can I be sure this individual is who he or she claims to be? What’s the worst that could possibly happen? Unfortunately, we are frequently reminded of what can go wrong. Doing the right thing with complete background check is not just the right thing for filling the position, it’s the right thing for the safety of your entire team and company.  Remember that verifying an individual and his background is much more than just checking criminal records.

Be safe. Contact us today about better background checks by real investigators.