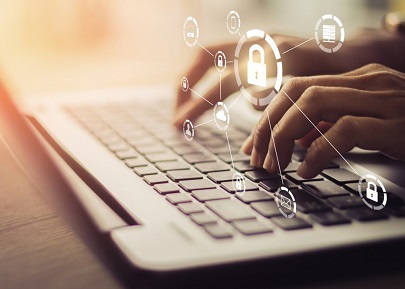 Obamacare health insurance law has been criticized for many reasons, and the soaring cost of coverage is what has caught the attention of most Americans.  However, even with the failed launch of the Obamacare website, Healthcare.gov, the federal government has finally got the website up and running and is now accused of falsifying the number of sign ups via the website.  All that aside, investigators and privacy experts agree the most critical problem may be the serious privacy concerns that users face.

Since its launch HealthCare.gov has been plagued by crashes, long load times, privacy issues and error messages. The long wait to create accounts and register is nothing compared to the risks involved and the security breaches that experts have pointed out.   Leading security experts have pointing out that no real security was never built into the Obamacare website, putting you at risk.

Back in November last year, Henry Chao, the Project Manager for HealthCare.gov, was brought to the House Oversight committee to give some explanations on the website´s security due to a government memo that was leaked throughout the web and media. This memo outlined important security risks discovered before launching, but that had been ignored. The concerns involved identity theft, unauthorized access and misrouted data. Around the same time, security experts were consulted and their answers were pretty clear: personal user data was vulnerable, and shutting the website down was recommended until the issues were fixed.  Despite disapproval from a majority of Americans who oppose the law and want it repealed, the Obama administration has pushed on despite these privacy and cost concerns.

Despite the fact that Health and Human Services said these problems were going to be addressed as priority, the trouble persists. The privacy and security of consumers personal data is still at risk.  Experts say if you sign up for Obamacare, your personal information, including your medical history, could easily fall into the wrong hands or be shared and sold down the river without your consent.

When consulting international private investigators about the topic, the answer is simple.  The government wants more data and more control over the citizens.  The power of government is expanding rapidly and without proper checks and balances.  They know a lot about you, and you have little control or power to stop it.  The more information you provide, the more you give up your freedom and your rights.  For the Obamacare website, the government wants all your personal data, including employment, financial, medical information, social security numbers, etc.  This is the most personal and sensitive data that you have, all stored in a website for hackers to access.  If cyber criminals don’t concern you, then the government should.

Other serious concerns have been brought to attention recently, about the very high cost to build the website with taxpayer money, which far exceeded the cost of any private company building a similar and safer website.  More government corruption is a good guess, as such a high price for low quality work is unusual in the private sector.  Add this to the increase in premiums for most Americans, and it’s easy to see why many citizens are outraged.  Many cannot afford their new rates, which in many cases have doubled or even tripled.  For others, they refuse to share their data with the government and website, and are making a decision to pay the penalty.  Many Americans will therefore be forced to pay the tax from the IRS.

As a general recommendation, international investigators say that people should always be very cautious about submitting personal data online, to any website.  As recent stories with the breaches of security U.S. military and government shows, no agency or website is 100% secure.  The less you share online, the safer you are.  If a website is asking for your life history and all your financial and medical information, it’s a safe bet it’s a bad idea.  You may be stuck with higher premiums in the so-called “Affordable Health Care Act” but you can at least avoid being stuck with identity theft and other hacking threats, or violations of privacy by not sharing your information with Heathcare.gov.  Be safe, and share less online.