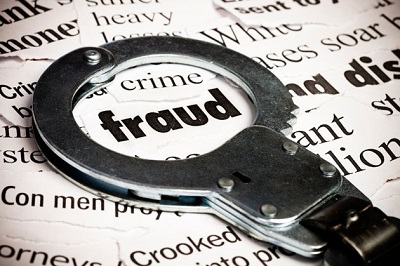 Internet fraud and scams have an inverse relationship with economic activity, say private investigators who routinely verify online relationships and international contacts. While generic background screening for employment typically decreases during a recession, internet fraud and scams conducted by independent and organized criminal groups is actually a stable and growing industry. In times of economic recession, internet crime is often notably higher. Higher risk online means higher costs at a time when few can afford it.

Reputable international private investigators report that scam and fraud online normally rises during an economic recession and time of uncertainty. Law enforcement and private detectives offer some insight into this phenomenon, and experts agree that the current recession and economic crisis is no exception. Fraud and scam cases reached record levels in 2010, and 2011 is on track to surpass all-time reported cases. It is estimated that only 5 to 10% of internet crime cases are reported to law enforcement agencies. As a result, putting a finger on the exact number is difficult, but the situation is severe and financial losses are estimated well into the billions of dollars annually as a result of internet fraud cases. When all costs associated with the threat are accounted for at the global level, scams cost global citizens up to $1 trillion per year.

According to a recent report in the United Kingdom, government officials estimated that internet scams stole 3.1 billion pounds from individuals in 2010, and approximately 27 billion pounds from businesses. This is one reason why the U.K. has established the new Office of Cyber Security and Information Assurance to deal with the rising threat and costs associated with it.  And these are the losses from just the U.K.

In a recession, more people are online looking for jobs. Internet criminals take advantage of this by posting false job with excellent pay and opportunities, with minimal experience required. The result? Criminals receive thousands of resumes that contain the full names and addresses and history of individuals, nearly enough to steal your identity. Next, more people are online searching for new relationships for romance or to network for possible job opportunities. By connecting more on Facebook, Match.com, Twitter, Linkedin and other sites, consumers open themselves up to additional risks, as criminals actively target victims on dating and social networking sites. Businesses and investors become more desperate for profits and opportunity, reaching further out beyond their borders. International relationships and opportunities found on the internet are inherently risk prone, so dealing with new contacts and businesses abroad is high fraud risk.

How to stay safe? Experts say more than ever it’s important to guard your personal information carefully. Never send your resume to an email address that isn’t a confirmed contact for the company. Avoid posting your personal data such as address and date of birth on Facebook. When starting new relationships online via match-making or social networking sites, be skeptical and aware of the risk for scams. Never rush into a deal without doing international due diligence. When in doubt, contact a professional.

Be safe and verify,