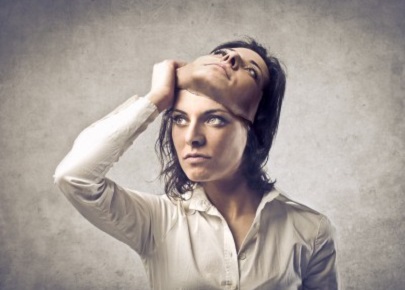 Thousands of United States military service members have been entangled in a widespread fraud that has played out for years on social networks and dating sites. There are two sides to this fraud that has flourished on Facebook and Instagram. When scammers impersonate real American service members to cheat vulnerable and lonely women out of their money, it results in two victims: the women and the soldiers, airmen, sailors and Marines who have to deal with a smeared reputation and have to confront all kinds of unfortunate situations with the victims. In the absence of a proper online dating verification,  victims have believed these men were the love of their lives, and this has led to tragedy.

The story repeats over and over again, not only with military members but with people famous in other countries -actors, politicians, models, etc. A swindler creates a fake profile using stolen photos of a real person and the rest is a matter of time.   There are now millions of victims worldwide.

Impostors have engineered every step of their game. They have tools to hide their tracks, they have written stories about their fake lives, conversation templates to know what to say and when, forged documents, altered videos and many other resources. Winning is easy when you are well prepared and the other party is unaware of what is really going on.  Experienced online criminals are not easy to detect, and a skilled con artist can easily gain your trust via the Internet.

The scheme stands out for its audacity. While fraud has proliferated on Facebook for years, those running the romance scams are taking on one of the world’s most influential companies. Many scammers operate from their phones in Nigeria, Ghana and other African nations. But they have been so successful that they have spread to Turkey, the U.K., Malaysia, Philippines and other nations. Working several victims at the same time, the love hoaxes are lucrative and low risk.

The motive behind fake social media accounts could also be to trick specific users to share sensitive personal information or spread misleading information to a larger audience. A hacker may compel users to access malicious links and download files, leading the viruses or malware to spread.

Why are the impostors winning?

Despite several attempts to purge fake accounts, leading social media platforms like Facebook, Instagram and Twitter have not been able to get rid of them. The second a fake account is deleted, ten more are created. According to a recent article, Instagram only may have as many as 95 million bots posing as real accounts . The total number of such accounts could be a lot higher.

Be one step ahead and don’t let the impostors win!

A dating background check investigation is an effective way to avoid being a victim of an impostor. When you verify the identity of the people you meet online, you protect yourself and you protect others. Not only do you have the power to unmask an impostor, you can also share your experience online and help others find out the truth. Plus, you will be cutting down their profit!