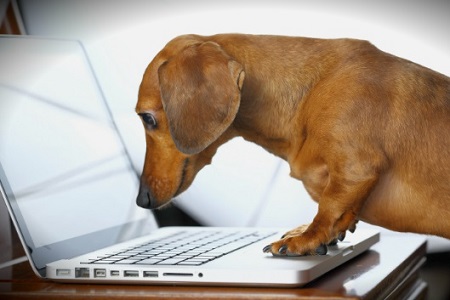 Between June 2012 and June 2013, the UK’s National Fraud and Internet Crime reporting centre received 1,483 reports of online dating scams, a figure that was only surpassed by lottery scams and lender loan fraud. In the United States, the Internet Crime Complaint center revealed that the losses on romance scams for 2012 were close to $56 million USD.  Investigators and experts familiar with online crime says the numbers are only the tip of the iceberg, and these reported numbers are for the U.S. alone.  Most victims never report their crime to authorities, and globally, the size of the financial loss is staggering and in the billions.

Thousands of people feel ashamed of letting the police or others know that they have been scammed.  Therefore, millions of victims never report the crime or even tell a friend or family member.  It is a dark secret, they think.  Many of those who are embarrassed to talk about it feel even worse because they had been warned by friends or family, but… they didn’t listen.  Investigators urge caution and stress the importance of a dating background check, but many internet users have a false sense of security, and ignore the risks.  In nearly all scam and fraud cases, red flags were overlooked or simply ignored.

People usually judge victims for their “blindness”, but you have to be in a victim´s place to really understand what happens. Scammers are masters in their art; they have experience manipulating people and they have worked a lot on their fake life stories. Besides, they do put a lot of time in making every detail believable. Different characters usually come into the picture: doctors, agents, lawyers, customs officers, diplomats. So it´s not necessarily a matter of denial, there´s also a large network of impostors that know how to sell it!  Documents and fake passports can be used.  Real identities from the internet can be used to fool you when you try to do your own research.  For example, you might find the person on Google or Linkedin and think you’re dealing with a real person.  So much for your investigation career!

Why do people tend to ignore the warnings? The most reasonable answer is that nobody wants to let go what seems a lifetime opportunity. Love is part of the human aspirations and it is a normal for a human being to try to protect it, believe in good things, and to hope for the best.  Unfortunately, scammers and internet criminals prey on these good person instincts and use it to their advantage.

Women over 60 years old are the most affected of all –or maybe the ones who report it the most.  In interviews, they often state that they had been warned about the scam as soon they mentioned their online friend was from Ghana, Nigeria, the Philippines, Malaysia, Russia, the Ukraine, China, the U.K. or any other high risk country for online fraud, but their insistence on the legitimacy of their loved one was based on real affection and an honest belief that those who warned them were only jealous.

Yes your children or friends might be jealous, but most of all, they love you and they want you to be safe.  If someone is trying to warn you about the risk, be safe and consult the situation with a reputable private investigator so that you at least know your options.  In other words, get a professional opinion from a third party. So instead of trying to defend the indefensible, try verifying if what they say is right. Odds are your online boyfriend/girlfriend could be real, and you can commit without any fears.  But, having clear evidence and information at your disposal it critical in keeping you safe, so you can make an informed decision about your new friend or contact.  Be informed, and know the fraud and scam risks.

Investigators say the types of scam and fraud cases are so varied and plenty today that there is no way to be 100% safe.  If you meet someone online, no matter where the person claims to be from, no matter how careful you are and how much research you do on your own, you are still at risk for identity theft, blackmail, and serious fraud or romance scam.  Don’t think financial losses are the only risk.  If you are sending email back and forth, chances are you could receive a virus.  There are many ways to be scammed when you’re communicating with a criminal.   If you feel that something is not right, this is the time to pay attention.  Stop what you are doing, and contact an investigator.  Your gut instincts are usually right!