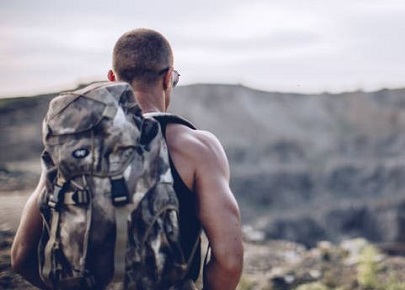 Afghanistan and Syria are well known as war and conflict zones. But in recent years, they have also been popular in the online scamming world. Thousands of people are being deceived every day by online criminal s who are impersonating a member of the military, either a current soldier or a veteran. According to John Wallace, Director of Background Checks, the internal statistics of online crime at Wymoo International continue to show a growing trend of military scams. “We’ve seen a significant rise in the number of fraud and scam cases coming out of Afghanistan and Syria.  Wherever there is an internet connection, and there is a situation where criminals can exploit the already desperate situation, they will,”  says Wallace.  Victims often feel they can trust a member of the military, and that is what makes military scams so effective and heartbreaking for the victims.

The FBI reported in 2017 that romance scams result in the highest amount of financial losses to victims when compared to other online crimes, and that the accounted losses to romance scams were of $211 million. A great part of these losses come from people who have been in an online relationship with an imposter of a soldier.  Military men are used for these scamming purposes because people respect them. Most people feel honored and admire the courage of a soldier, and this gives scammers a greater opportunity to establish a relationship in which the victims can trust them.

How can you know who is really behind the computer?

The greatest problem with military scams is that is it a very difficult crime to prove. When someone is hiding behind a computer, the hardest thing to find out is who they are. Criminal investigators can find out where in the world the computer is being used, but it’s identifying who they actually are  is the hard part. Online scammers have many resources to cover their tracks and remain anonymous. They use software to redirect and hide their IP locations, they usually communicate through public networks in an internet café, a bar or a restaurant, they change their locations and aliases constantly, etc. Finding the criminals behind the scams is difficult, so prevention is the key to staying safe.

How to know if you are communicating with a fake soldier?

Online scammers do not use the real names of the soldiers. Usually, they will create a fake name and use the stolen photos of a real soldier. The photos are what really make the story believable, because they can create fake IDs, social media accounts, and they can convince their victims through the images. But the rest of the story is just made up. A thorough background check investigation can help people find out if they are communicating with a real or a fake soldier, before it is too late.

Hiring a professional investigator in early stages of the relationship can make all the difference. If you are feeling really interested in someone claiming to be a soldier, and you have not met them in person because they are deployed in Afghanistan or Syria (or so they claim) your best option is to investigate if they are using their real identity. With a background check you will be able to verify birth, military and travel records, and find out other information, such as if the identification documents provided are legitimate.   Investigators also verify if they are from the country where they claim to be from, verify education and employment history, and most importantly, check military records.

Many victims don’t consider investigating until they are in serious trouble, or until they have invested a lot of time and hopes in the relationship. Do not wait until it’s too late! Contact us for a free quote if you are communicating with a soldier or someone you’ve met via the Internet!