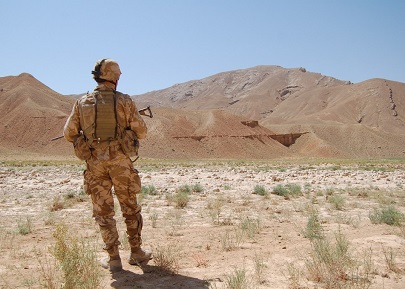 The number of victims of fake soldier scams and online fraud cases involving military personnel is growing by the minute now. While you read this blog, new victims are starting a relationship with a claimed military member who is supposedly deployed in Afghanistan or Iraq or other global location, unaware of the risks of scam and fraud.   In a short amount of time, they will be victims.

Afghanistan has been one of the most known countries for its military intervention in the past decade.  Military intervention in foreign countries is a regular practice since long ago, but Afghanistan was widely covered by the mainstream media more than any other because the expansion of the internet and social media happened at the same time. This is why everyone knows of the presence of U.S. troops in Afghanistan, and why scammers have been able to exploit this topic so much.

Even though the United States is finally on track to withdraw several thousand troops from Afghanistan, the landscape is not so clear, as Kabul is struggling with violence flares.  President Trump has made the right call to stop wasting U.S. tax payer funds in foreign countries and pull troops home where they belong, but Afghanistan will remain a volatile and dangerous country for Islamic terrorism for a long time to come.  The total withdrawal of the troops from Afghanistan would help reduce the cases of military scams, or it would at least force online criminals to shift the focus of their scams to other countries. But with things as they are currently, there is no foreseeable end to Afghanistan military scams.  Victims are widely distributed, from Australia to Canada to the U.K. and U.S.

It sounds easy, but it is not an easy task. Investigating whether someone is  a real or a fake soldier is a job for a professional. The internet won’t provide reliable evidence, and there is no safe way to maintain a relationship with someone online without evidence.  Verifying a soldier requires verification of U.S. government records, military DOD verification, and verification of known information such as birth records, documents, ID or passport and so on.  To verify a soldier is from the U.S. and deployed in Afghanistan, or any other country, you need a private investigator with powerful resources.

The combined resources of local investigators in Afghanistan and the home country of the subject (United States or U.K. in most cases) is essential to find out the truth. To really spot a fake soldier the investigators need to have access to birth records, immigration records, document verification, and of course they need to be able to verify if the subject is part of the military. This is not information that can be found in any database, and no one can access it with an internet search.

How can you avoid being victim of a fake soldier scam?

The first and most important thing is to find professional help with this matter.  This type of fraud is elaborate. Fraudsters use real photos of real soldiers, and have extended knowledge of military living conditions, procedures, and rules. An online search will probably take you to entire websites dedicated to expose scammers. The endless blacklists with names and email addresses are usually not that helpful, mainly because scammers can easily change the name they use and open a new email account. So don’t rely on what you find there.  Scammers change their names and email regularly.

Instead, hire a military background check investigation from a professional investigator as soon as possible. Ask yourself how serious you feel about this relationship, and if you really feel interested in moving forward, get a background check investigation! It is important to know for sure who you are dealing with before the relationship becomes closer. Romance scams can go on for years before the victim finds out about the real intentions of the criminal, and this is all time and effort that you would be wasting if you had been in contact with a fake soldier.

If you’ve met someone online who claims to be a soldier deployed in Afghanistan or anywhere else, open your eyes and be skeptical. Victims of internet scams rarely recover their losses, and emotional and financial losses can be devastating. Although there are some exceptions, tracking a scammer can get complicated, so prevention is key.  Get clear evidence so you can stay safe!

There are a lot of great men and women serving in Afghanistan who actually use online dating sites, but military scams are increasing every day and a bit of skepticism and professional help can save you from big financial trouble and a broken heart.  Contact us today for a free quote.