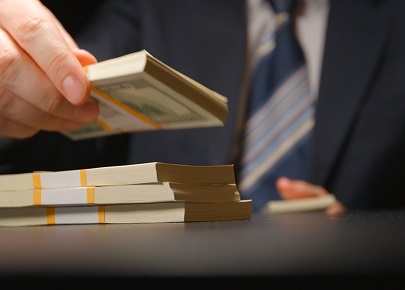 There are probably no corruption-free countries in the whole world, but some cases are so extreme that they stand out in global headlines. South Africa was in the past a country known for its fight against corruption, led by Nelson Mandela, who made South Africa the most advanced country on the continent. Mandela was a man of principle and those before him modeled their society and government after Western governments such as the U.K. and U.S., and it was well known as model for other African nations who wanted to gain the developed country status.  However, times have changed, and corruption and racism against white South Africans have led the country into a disastrous, downward spiral.  Now ranked among the most corrupt countries since President Jacob Zuma took office, South Africa has lost most of its luster as being Africa’s leading country. Businesses now have to deal with emerging threats that can be very costly, so it is important to get informed.

Who is Jacob Zuma?

The current president of South Africa has been linked to many scandals and has faced significant legal challenges since the early 2000’s. He was charged with rape in 2005, but was acquitted. He fought a long legal battle over allegations of racketeering and corruption, resulting from his financial advisor’s conviction for corruption and fraud. In 2009, the National Prosecuting Authority in South Africa dropped the charges against Zuma, citing political interference. Since then, the questions over his ties with corrupt individuals have grown bigger. Many civil organizations have been calling for his resignation with no luck, including a failed impeachment attempt in the National Assembly. Most recently he was accused over leaked emails that suggest some of his friends used their influence to secure lucrative state contracts for their companies.  Not to mention polygamy; President Jacob Zuma has married six times and has twenty-one children.  His failures have caused many to flee the country for a better future.

It was not until October 2017 that the South African Supreme Court of Appeal upheld a High Court ruling to reinstate the corruption charges against Jacob Zuma. However, the whole country has already suffered serious consequences that have resulted from the government’s negative reputation.

What are the consequences of a corrupt government in South Africa?

In South Africa, as anywhere else, investors need to be confident about the safety of their businesses. Otherwise they will leave for a safer environment where the risk of losing money or having a legal issue is less. Uncertainty and corruption play a big role in the economy of any country, and South Africa has seen its bad reputation reflect in real numbers. According to private investigators in South Africa, the amount of corporate investigations and due diligence in the country has risen in recent years, as multi-national companies can no longer invest or hire without serious risk.  Private investigators help corporate clients and investors by verifying individuals and companies in South Africa.

Businesses in South Africa now have to deal with state seizure of assets, corruption and fraud, recession, low yields, currency volatility, fraud and scams, and possibly more economic problems generated by the environment of corruption and uncertainty. Investment decisions are based on long term return expectations, and without a clear future, South Africa is a high risk gamble.

How to do business safely in South Africa?

International due diligence is a must in a country like South Africa.  Professional investigators based in Cape Town and Johannesburg can verify any person or company, and provide you with clear evidence so you can make an informed decision, and be protected from fraud and scams.

For companies hiring new talent, it is extremely important to hire background check investigations for their candidates, especially at the executive level, and to keep very strict protocols regarding business development. Verify first, and then decide.  Contact us today for a free quote!