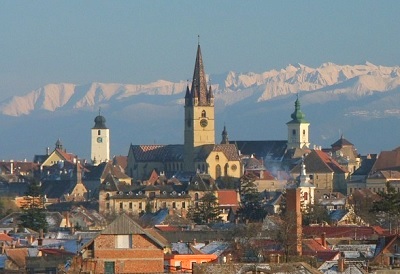 Romania is a country that is at the epicenter of various types of fraud, some more common than others. There is much debate about who or what is to blame, but the bottom line is that risk remains very high when dealing in personal or business relationships in the country.  For investors, there is the threat of fake companies and false investments.  For online dating and social networks, there is the ever prevalent romance scam.  For the rest of us internet users, you guessed it, there is hacking and identity theft.

To be safe, be aware of the following schemes and scams that are developing in the region:

The Internet Crime Complaint Center – an entity that works with the FBI – reports that the most common type of fraud coming out of Romania  involves online auctions that seemingly offer every kind of the newest, hottest tech gadgets around for much cheaper than you’d pay for them in stores.  If you’re buying electronics or software and the company or website is based in Romania, be very cautious.

Many fraudulent websites or companies claim they are from the United States, and urge you to send money either via wires or money transfers for a product that never arrives.  Buyer beware!

There’s a Romanian town called Râmnicu Vâlcea that only has about 120,000 residents but there are a lot of wealthy people, reports the online magazine Wired.  The wealth has come from young people sitting around cyber cafes who post fake ads on eBay and receive money from victims all around the globe.

Another scheme is setting up legitimate-looking websites that claim to offer escrow services that purportedly hold someone’s money in a safe place. That doesn’t happen, however, and the cash is stolen.

When people found it unusual to wire money to Romania, the fraudsters developed a story – one that involved them posing as an American or British soldier stationed in the country who was desperately trying to get back home.  Folks continue to fall for the scam and lose money on a daily basis.  The U.S. Embassy and British Consulate in Bucharest receive regular complaints from these victims.

#4 – Spear “phishing” against companies in the United States

In this type of scam, the thieves send fraudulent emails to companies in the United States, claiming they are from the IRS or other government entity. Through the malicious links contained in the emails, the hackers obtain the bank account numbers of the business, and then access to drain the accounts.

Romania private investigators say that even the most skeptical and cautious can be a victim from Romania hackers.  In some cases, the hacker may be able to access your computer without your knowledge, and sophisticated email spam and false websites are used.  Romania crooks are tech savvy.

Scams in Romania have grown so widespread that people have taken jobs as “arrows” all over the world just to receive payments from victims who won’t send money to Romania. But, even sending money to places in America and Europe can still be part of the growing Romania fraud network.

#5 – From Bucharest with kove, the Romania romance scam

Last but certainly not least, the reported number of Romanian romance scams has been growing at approximately 20% per year, since 2010.  Wymoo investigators in Bucharest continue to see more victims of fraud, and more criminals trying to cash in on unsuspecting victims in the U.S., U.K., Canada and Australia.  Victims are targeted on online dating sites and social networks.

To be safe, if you’ve met someone in Romania, get them verified.  If you’re considering doing business in Romania, consult a professional about proper due diligence and background checks.