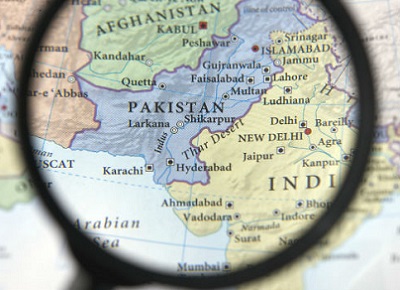 Military scams are not easy to detect, which is why authorities and many crime fighting organizations are sending an alert.  As statistics and media stories have shown, anyone can be a victim.  Even Army investigators in the United States have released an alert and information on the matter to prevent victims from falling for this fraud that is becoming one of the most currently used schemes to obtain financial gain from individuals all over the world.

Criminals know that military men are important role models to other people. Soldiers represent the safety and well-being of a country. They are people we can trust.  They are also thought of as those selfless people who are willing to give their lives in order to defend freedom and justice. So whenever people think of a soldier, the last thing that comes to their mind is scam.

But scammers from high fraud risk countries like Nigeria and Ghana have been using the identities of soldiers for a long time, and are increasingly doing so.  There is money to be made. There are many different ways in which scammers use soldiers´ identities, but the most common and the most profitable is the romance scam.  Criminals pose as military members on online dating sites and social networks and engage in relationships that have no other goal but to get the victim’s money.  Even the highest ranking officials have had their identity stolen and used to scam victims.

The reasons why victims fall for the fraud are many and complicated.  Most of the times, victims have fallen in love with the so-called soldier, without even imagining that the whole relationship is a fraud. It is hard to tell whether someone is real or not when you have just met them online, but it is even harder when it comes to a military member. Since most soldiers have Internet as their only means to keep in touch with family and friends, many share a lot of information online, like their names, pictures, where they´ve been and what they´ve been up to (at least all that is not confidential information). This sadly gives criminals very good material to fool anyone and not raise any red flag until it is too late. After all, it is almost impossible for the real soldier to find out that he´s being a victim of identity theft and that his pictures are being used somewhere on the Internet to steal money from people. Some of the servicemen may have even passed away.  Blackmail and extortion are also common.

Although the trend at the moment is to pose as a soldier currently deployed in Pakistan, they always find a way to get their victims to send money to other countries.  What if you’re too smart to send money to someone you’ve never met?  Criminals are finding new ways to scam you also, such as installing a virus on your computer, learning more about you to steal your identity, or even using your photos or video to blackmail you!

The conditions in which soldiers live in the countries where they are deployed are usually hard. There are certainly not the same facilities in Pakistan as there are anywhere in the United States, so this makes things easier for scammers. Stories about not being able to receive their checks, or having a hard time to find how to transfer money to someone else are much more believable under these circumstances.

Military scammers will normally say they have a friend in another country, who will be travelling to Pakistan soon, and that this person will be able to get them the money. This is one of the most popular techniques used to get rid of suspicion and go with the story.  Never underestimate an experienced scammer’s creativity and tactics in his or her ability to steal your money or information.

It is important for online dating users to be wary of anyone claiming to be a U.S. soldier or any other military member. Get your online date verified. Check that this person is really who he claims to be as soon as you meet him, especially if it is someone you like and you´re considering having a relationship with.  Due to the high risk, be sure to get the individual verified early in the relationship, before it’s too late and the damage is already done.  If you’ve met someone online on social media or a dating site, be safe and get the facts.

Let our international investigators get clear evidence for you, and then decide!