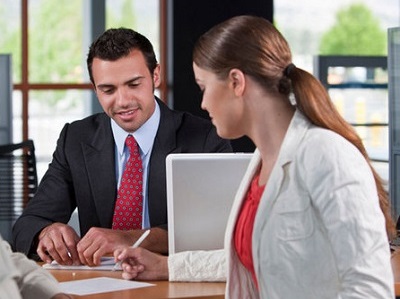 Small businesses can be the cornerstones of many societies and economies, the type of single-owner or small-team led firms that help build a community and service it with their excellent goods and services. They play a critical role throughout the world, says the United States Trade and Development Agency, an agency that helps various companies perform due diligence when dealing with foreign agencies.

You may have begun a company right in your own home that was quite successful, and your increased sales have allowed you to expand the business into larger segments of your surrounding neighborhood and beyond. Before long, you might have received the revelation that you could expand your sales reach and increase your net income even farther by using international suppliers who can manufacture your goods at a much cheaper rate. But are you really ready to take your business overseas?  Investigators say many companies fail to consult a professional about international due diligence, and fall victim to fraud.

Consider these factors first before launching into a worldwide mission:

Doing business abroad can be cheaper, but fraught with risks

Peter Dent, who works as a forensic accountant with the well-established accounting firm Deloitte, says that while moving into the international business realm may require additional due diligence, plenty of smaller firms just aren’t doing it correctly or performing it all at.  It is a high risk game.

It’s not enough to simply trust the word of the foreign supplier who claims to be a top-notch provider of inexpensive pencils, for example, without hiring someone to actually investigate their claims. This means “boots on the ground” people who’ve literally been to the country you’re planning to do business with – folks who’ve verified that the business address a company claims is theirs actually exists and represents the company they claim to be.  Professional investigators speak the language and have offices or field investigators in the location where you need them.  They are your eyes and ears on the ground, verifying offices, reputations, legal registration and ownership, operations and more.

Things that get lost in translation may cause lost money

Even though a contract’s terms may seem perfectly fine and agreeable in English, the translation of a contract in another country’s language – for example, the languages in China – at times have found that they say something different. And guess which contract is legally binding in the land? Yes, the translation that comes from China, not the translated version from an outside foreign land.  There are many potential complications in any new business relationships, and if you’re doing business with a new contact in India, China, Russia or Malaysia, for example, you had better do your homework to minimize your risk.

Start small to build the relationship and evaluate the gains

Another thing to keep in mind when expanding your reach into foreign fields is to do it the safest and easiest way possible, which could include doing so online – if your business is the type that lends itself to the process.  When possible, set up relationships that don’t require large upfront investments.  Try to verify, and then work with the person or company for a year or two until trust is established, and then make a more significant investment if business is going well and the relationship is profitable.  In nearly all cases where you are pressured to act now, buy now, send money or sign now, it’s best to put the brakes on.

Last but not least, remember there are highly trained international private investigators and background check firms such as Wymoo who can help you obtain the evidence you need to make an informed decision.  Don’t just cross your fingers and hope for the best.  Get it right the first time!