Ebola Threat in West Africa a Scam or Preventing Scams? 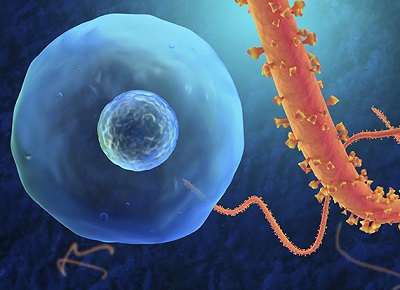 Important threats to public safety and health have always represented a slow down for economies and Ebola might not be the exception for West Africa.  In fact, the threat seems to have had at least some impact on most industries, including one unfortunate economic activity in the region: online fraud and scams.  Skeptics argue that the Ebola threat has been widely exaggerated, much like the pig flu, bird flu and countless propaganda in the past saying it was the end of the world, to buy your drugs now, etc.  But, at least one positive note may have occurred, according to private investigators in West Africa.  Internet scam activity from Africa has decreased, for now.

The Ebola epidemic in 2014 has been the largest in the history of the virus, affecting mainly Guinea, Liberia and Sierra Leone. However, there are several cases and threats impacting neighboring countries, such as Nigeria and Ghana, two countries that happen to be world leaders in internet scams and fraud.  Online fraud is serious business and cost victims hundreds of millions of dollars every year, if not more.  As people in the region have been taking precaution to avoid the virus, so too has activity at internet cafes dropped.  Scammers may be taking a break.

Wymoo International private investigators located in Ghana and Nigeria have reported a slight decrease in scam activity in these countries, and field investigators believe this change is related to the fear associated with the virus. People in all of West Africa are very aware of the threat that Ebola represents, and are taking more precautions with their daily activities and trying to avoid public places, including cyber cafes.

In Ghana, Nigeria and Benin, internet scammers frequently use most cyber cafés as their operation centers. Con men swarm these centers and start their dirty business each day with dozens of others doing the same.  From the outside, it almost appears to be a normal business hard at work.  It is essentially organized crime, where scammers will work together, or at least at the same place, all with one objective – to scam foreigners out of money or information.  Whether or not Ebola is just the latest mass hysteria or global propaganda machine on overdrive, or an effort by government and pharmaceutical drug companies to sell a new drug, is up for debate.  There’s no way to know (unless you see a commercial telling you to ask your doctor!)  What is certain is over the past few weeks, fewer scammers have been showing up for “work” to steal your money.

In these internet cafes, internet criminals will target users on major online dating websites and social media, trying to find a victim.  They approach unsuspecting people, sending online dating and Facebook friend requests using fake accounts, and other tactics that are surprisingly sophisticated and complex.  They have had years of practice and technology has helped them get more victims.

Many do not have a computer at home, but the main reason for operating from a cyber café is that it protects their anonymity, it makes them untraceable and able to get away with their crimes. An IP tracing program can only lead to a general area, such as a metropolitan area.  An if a court order is issued on an ISP (Internet Service Provider), then authorities will get another dead end, as countless users operate from an internet cafe.  (Not to mention most criminals now use IP hiding software or proxy servers to hide their location).  However, going out to a cyber café during an outbreak of one of the most deadly viruses known recently represents an additional exposure that not everyone is willing to do.

Why do people in West Africa fear Ebola so much?

We have all seen in the news how bad the epidemic supposedly has gotten.  One in two people infected with the Ebola virus dies. In poor and developing countries the medical infrastructure and the resources to care for patients are very limited, and that is also an important factor in the equation. Ebola is more deadly and more able to spread in West Africa than in the United States or Spain.

How do private investigators in Africa view Ebola?

International private investigators in Africa have seen a decrease in the scam activity, which is very likely related to the epidemic. The risk of being infected is very real for all West Africans, but things will certainly shift back to normal at some point soon.  Once the perception of the risk lowers, it is very possible that internet scammers will use the virus as a means to obtain financial assistance.  So, for weeks the threat of the virus has helped lower risk, but knowing the creativity of scammers, they may soon be using the threat to their advantage.  In fact, mainly in other parts of the world, this has already begun.  As with any crisis, internet criminals in various parts of the world are now capitalizing on Ebola.

Tragedies and hardship are an all-time favorite for fraudsters because they are useful. Hearts are moved and broken whenever we see stories of little orphans that lost their parents due to a tragedy, and this represents a gold opportunity for scammers.

Investigators won’t be surprised to see West African fraudsters request money for hospital bills due to an Ebola infection. Pay attention to any charity requests to help people who have been infected or survivors and make sure that the organization requesting the help is legitimate. Charity scams thrive during this kind of crisis. For all those couples looking for adoption, be careful and run a background check to make sure you´re not being deceived. And of course, those who are romantically involved with someone from West Africa or working in the region, get a dating background check if you meet someone in or from one of these high risk countries.  Never send money to anyone you’ve never met!

So, while the media focuses on Ebola, you can at least enjoy a temporary relief in West Africa scams.